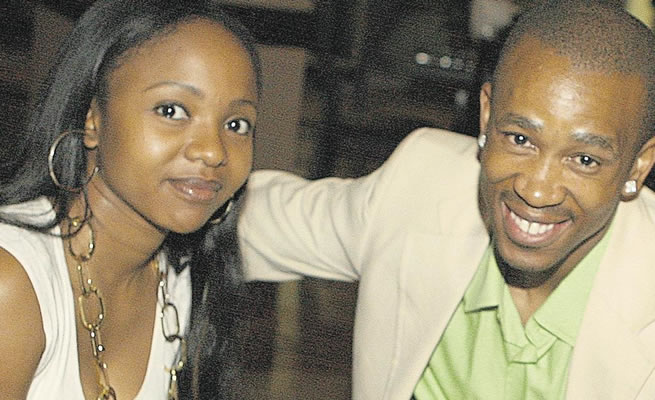 He is a committed member of world-renowned Afro-soul band, Mafikizolo. But in his personal life…. Theo Kgosingwe’s marriage has run out of love potion!

The dapper singer and Rose, his wife for more than a decade, moved to Splitsville a year ago. According to an informant, the former couple decided to keep their breakup on the down-low.

Said the source: “Their separation was amicable. They remain good friends and parents to their kids. They realised they were better off as friends than lovers.”

Another source said the pair realised they had drifted apart and fallen out of love.

Insisted the source: “I mean, let’s face it, Theo was hardly at home and always travelling with Mafikizolo, while also working on his solo project. The endless touring put a strain on their marriage.”

But according to an insider, they’re not officially divorced yet. This hasn’t stopped Theo from parking his boots under another woman’s bed. Sources say the Love Potion hitmaker has found love in the arms of former video vixen, Vourne Williams (25), who is from Kempton Park, Ekurhuleni. And on 20 August, Vourne confirmed the rumours by posting flowers and a one-year anniversary message declaring her love for Theo. She also tagged him in the Instagram message. The couple also went on holiday to Phuket, Thailand, in January.

Said one mole: “Vourne is studying teaching and is changing her image as a video girl. She has appeared in several music videos, including Zulu Girls by Riky Rick, and Summer Time by Da L.E.S and High Notes by Banky W.”

A source close to Vourne claimed the sexy party girl began changing her image after meeting Theo. Asserted the mole: “She’s cleaned up her image, even her dress sense. She’s no longer a club girl.” The source said she took up fashion design and make-up artistry classes on a part-time basis. She’s changed and become more private because she knows her man isn’t about that life.”

The source added: “They were spotted at the Women’s Day event where Makifizolo was performing. She doesn’t want to pose with Theo as she wants to earn her own stripes in showbiz and not come across as if she’s riding on Theo’s coattails.”

Rose refused to comment on the issue. “I don’t talk about my private life in the media,” she said.

When called for comment, Theo said he was in a meeting and will get back to us thereafter, but failed to return our calls and blocked us. He also failed to respond to our SMSes and WhatsApp messages.