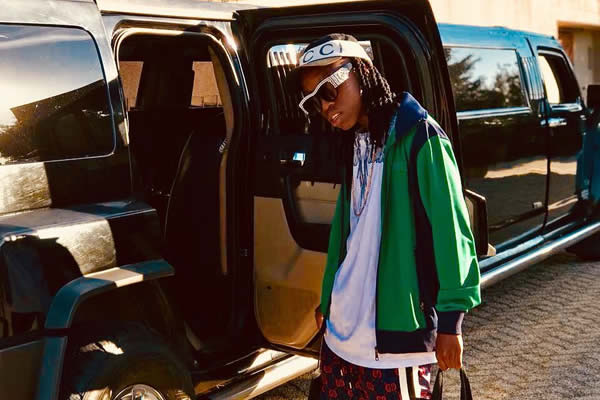 Actress Lesego Marakalla's character on Skeem Saam Rachel Kunutu may be looking for a man on the soapie but off screens it ain't Robbie Malinga Jnr.

The son of late muso and producer Robbie Malinga found himself in the thick of the action this week when fake reports of him dating Lesego were shared online.

The reports claimed the pair were spotted going to movies together and turned heads on their date.

But Robbie ain't here for games and rubbished the claims on social media.

He shared a screenshot of the report with the caption: "What poo poo is disss?"

"What is this? You know in South Africa you learn something new about yourself every day. Yoh! I cannot. No ways. What is this thing about me dating Rachel Kanutu? Hey? What poo poo is this?"

Confused fans asked him why he was using the word "poo poo" in his defence, which led to the star posting a video on his Instagram Live explaining the term.

"Yoh! That is the new lingo guys. From now on when something is wrong you ask what poo poo? not what is happening? What poo poo is this?"

Robbie Malinga is still in school and told TshisaLIVE earlier this year that he was focusing on his studies and not girls.

Speaking to Metro FM's Mo Flava and Masechaba Ndlovu in June Robbie said that with fame came girls who were "stressing" him at the moment.

"Girls don't play. They hurt you. They cheat," he said.

When asked if he had ever been cheated on and how it made him feel, he said: "I felt like 'what am I missing? What aren't I doing?' My boys (found out). We have eyes everywhere."