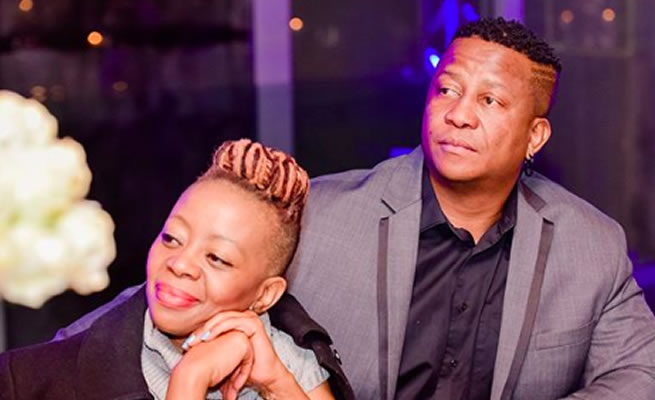 Thato ‘DJ Fresh’ Sikwane has come a long way in the entertainment industry, celebrating the evolution of his career and his happy marriage, the media personality took to Trending SA to reflect on his journey in the media space and his support structure.

DJ fresh got his first stint as a radio presenter in 1997 on YFM, and as he is known to be one of the pioneers of the station, he later furthered his radio career by joining 5FM. Fresh was also the first black radio presenter to host both drive shows at the station. Now three decades into his career, Fresh has solidified his stardom and currently runs one of Mzansi’s most listened to morning show that has trended at number one without fail, countless of times.

“It’s been like a 30 year goal that I pretty much set for myself when I was thirteen/fourteen when Metro FM went on air for the first time ever. I always knew that Metro was a massive brand, I had no idea what a beast it was until I was in its belly, it’s a massive beast. Moving to Metro was a massive milestone before that, was probably being the first black guy to do both drive shows at 5FM…” he said, speaking to Trending SA.

If you've listened to the show, you would know that the team always sound like they are having a good time in studio and Fresh says that it comes with the level of respect that he carries for each one of them who have influenced the entertainment industry in their own right on different platforms.

“You’re working with people of whom you have a lot of respect; I have respect for Somizi..funny I bumped into Somizi when we were both 15 [years old] when they were doing Sarafina, and they were performing in Botswana. We literally bumped into each other, I never forgot that day…and I’ve worked with Angi at 5FM, I’ve worked with Mpho, so it’s like a massive reunion,” said DJ Fresh.

When the DJ is not too busy travelling and performing at gigs, Fresh takes a load off at his quiet plot with his four children and wife who are his support structure. Fresh and his wife Thabiso Sikwane have been married for 16 years today, making it another milestone worth celebrating.

When Pabi Moloi asked during the interview what his secret to being in a happy marriage is, the DJ simply responded by saying: “A lot of sex…preferably with your partner.”

Speaking to Drum magazine, Fresh opened up about the importance of communication and sex in a relationship, and it seems he's still sticking to it.

“It’s all about great communication. Being open with each other even if it’s with stuff that the other partner may find uncomfortable to hear. It’s also about great sex. People who say sex is overrated are not doing it properly…Thabiso and I have a great sex life!”