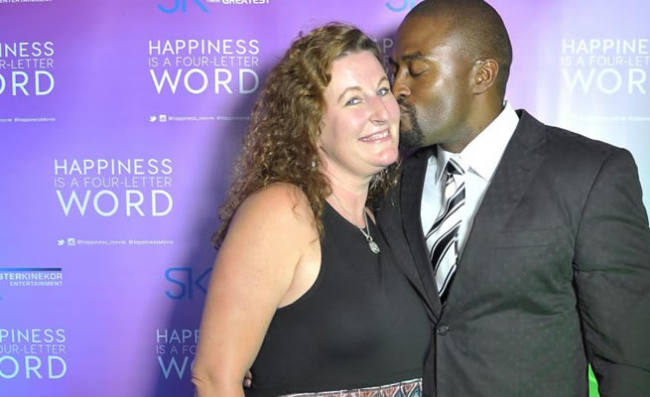 Former Muvhango and Generations actor, Mutodi Neshehe, has trouble following him. Earlier this year, the actor and his wife, Leslee Dalton, shared details on their pending divorce. But there are rumours that things have become worse. The 43-year-old moved out of his home, leaving his wife and kids because the divorce process was apparently draining him. The actor accused his wife of wanting everything he has, making it one of the reasons why he couldn’t wait to finalise their divorce.

The former star was confronted in a series of tweets by former YO.TV presenter, Entle Dambuza, of his alleged abusive behaviour towards his exwife. According to the YO.TV presenter, the actor has been threatening his ex-wife and daughters.


“He always flaunts how much money he has and yet comes into this house to take groceries, use the washing machine and dryer, but never buys electricity,” she tweeted.

Entle went on to say she has been by Mutodi’s wife’s side and never leaves her alone fearing for her safety and that of her children.

“I have been living with Mutodi’s estranged wife for a couple of months. Not because she lives in a beautiful home, but because I fear for her safety and the safety of her two beautiful daughters,” she says. “He has been trying very hard to get me out of the house, obviously because I am a hindrance to whatever evil he has planned against his wife.”

Entle gave some insight on what she has been experiencing while living with Mutodi’s ex-wife.

“He tells his daughters what a useless a mother they have and how she will amount to nothing. He has told her that the only accomplishment she has is being ‘Mrs Neshehe’. I am doing this for the safety of your wife and daughters, they are not safe because of you. I could tag endless media houses but won’t because this is not about that,” says Entle.

WHEN IT ALL STARTED

Even though the matter is still on the go, he and his ex-wife have been in a bitter battle because of Mutodi’s alleged cheating scandals. In previous reports, it was said that the actor had moved on and was seen with another woman at the cSouth African Film and Television Awards last year, even though he disputed the rumours stating that he is single.

When Move! contacted Mutodi, he immediately hung up.

Leslee and Entle could not be reached for comment at the time of going to print.