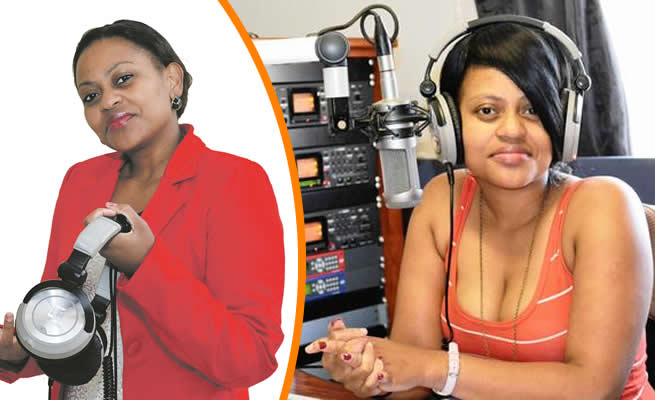 Although she still fears for her life, Mdonso Ngcobo has returned to work.

The Ukhozi FM DJ’s voice was heard on air on Saturday again for the first time since she resigned two weeks ago.

Ngcobo resigned after claiming she had been slapped with a 'death sentence' by anonymous thugs.

The broadcaster said she had been receiving phone calls from anonymous people who threatened to kill her if she did not quit her job.

Two weeks ago, Ngcobo said joining Ukhozi FM was the biggest mistake of her life. The co-host of the Sigiya Ngengoma show with Zimdollar told Daily Sun after joining the station in April, she started receiving death threats.

Mdonso resigned on Wednesday, claiming the station’s management was ignoring the situation. She said after she joined the station, she started getting calls from private numbers threatening to kill her if she didn’t resign.

She said the callers would phone her before and after the show, which airs on Saturdays, warning her to watch her back.

“I was insulted, told I was good for nothing and I would die if I didn’t leave the show because it was supposed to be hosted by someone else. At first I thought it was something that would eventually stop, but it carried on.”

“I felt so helpless and unprotected. I would get a call a few seconds before the show started. This thing went on until I decided to resign. I have only one life and I didn’t want to die for Ukhozi.”

However, the station’s management rejected her resignation, saying an internal investigation into the matter had been launched.

Speaking to Daily Sun on behalf of Ngcobo yesterday, Mu Ngcolosi said Ukhozi had assured her she would be safe at work. When the SunTeam asked whether security and bodyguards had been organised, he said he did not want to go into details.

“All I can say is we are satisfied she will be safe at work as per our agreement with Ukhozi FM management. We trust the station will ensure her safety,” he said.

They had also tightened security at Mdonso’s house after she was followed home by a strange car.

“Mdonso is still shaking, but she is a strong girl. After she resigned, she managed to breathe as the threatening calls stopped. What is clear to us is the person who threatened her has an interest in her show.

“We are waiting for the outcome of the investigation to find out whether this was an inside job.”

SABC spokeswoman Neo Momodu confirmed there was a safety agreement with Mdonzo.

“The investigation into the threats continues,” she said.