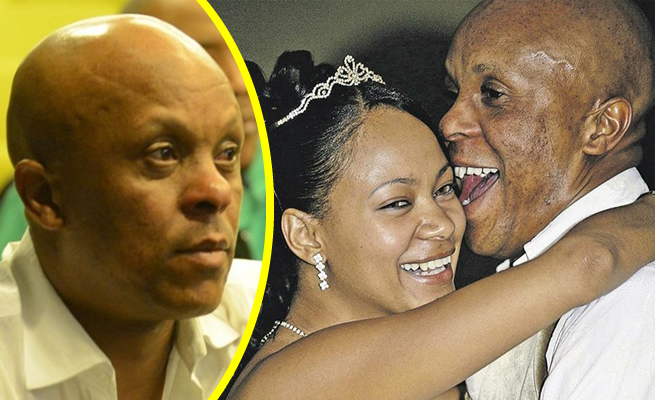 This comes as the drawn-out spat has cost the “good doctor” his household items. The legendary dribbling wizard’s goods were sold on auction by the Randburg sheriff in Halfway House in Midrand, Joburg, on Monday.

According to insiders, the former air hostess filed an application to the South Gauteng High Court in 2014 to have Doctor’s household items auctioned. An informant said this was after Doctor had reneged on their divorce settlement.

Said the informant: “The case has been running since 2014 and was only concluded in September last year. She filed after their case was finalised.”

The source said Doctor had been contesting the application, but lost.

"The court ruled against him and his belongings were repossessed and sold this week,” the mole said.

According to the source, the goods were kept in a storage before being auctioned. This was because there was hope that he would make a plan to pay his divorce settlement.

Doctor Khumalo and Nolly-Blanche tied the knot in 2007, and divorced in February last year. Blanche refused to comment on the issue. She hung up the phone on us.

Doctor Khumalo, who was last seen in public when he was fired by Baroka FC as caretaker coach, could not be reached for comment. He also failed to respond to our SMSes.