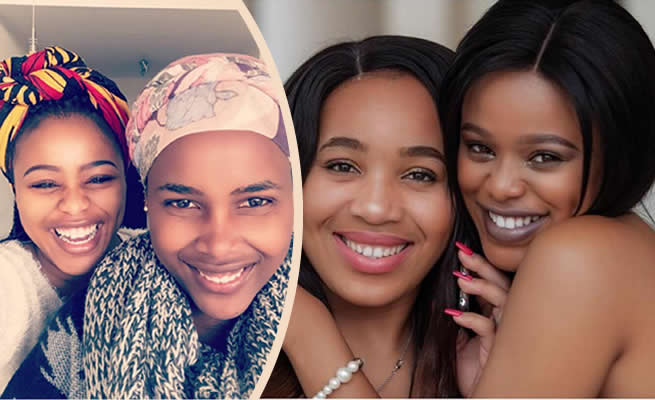 Thanks to Twitter, fans are learning a lot about Natasha Thahane. The starlet was first thrust into the spotlight when she bagged a role on SABC 1's flagship show, Skeem Saam and over the past few years, she has branched out as one of the break out stars of the show.

The actress who is a New York Film School graduate was also a principal cast member on Mzansi Magic's, The Queen and although she does not appear on the show anymore, she is still very much a part of popular culture.

A couple of days ago, the beauty became a trending topic when she tweeted that she thinks she is into girls. Although the star has been romantically linked to several boys before, many people thought that she was coming out as a lesbian or a bisexual woman.

Natasha did not elaborate further but as usual, social media users jumped into their own conclusions. Although we do not know whether she was joking or not, what we do know for sure is that Natasha is currently dating an American man who she reportedly met while studying.

In a recent interview on Metro FM, Natasha opened up about her perspective on love, “for me personally, what I’ve learnt when it comes to love and being in a relationship and being in love is, you need to take care of yourself, because we always want to blame other people for being toxic, I’ve realized that not all men are toxic, sometimes you are the problem and I realized that when I moved from home going to another continent and I realized that I actually still hurt…I don’t want to be cruel to kind people”

Like any other girl who is in love, Natasha has in the recent past shared posts of her bae on social media, but she says she regrets showing him off and thinks she revealed him to her 1.5 million followers too early in the relationship.

"I think with this relationship, I exposed it too soon because everyone was pairing me with every guy that I chill with…and I felt the need to be like: “No, this is my bae” and I exposed something that’s so sacred and so special and I gave it to the world and to people who do not deserve to know that part of your life because they don’t care"