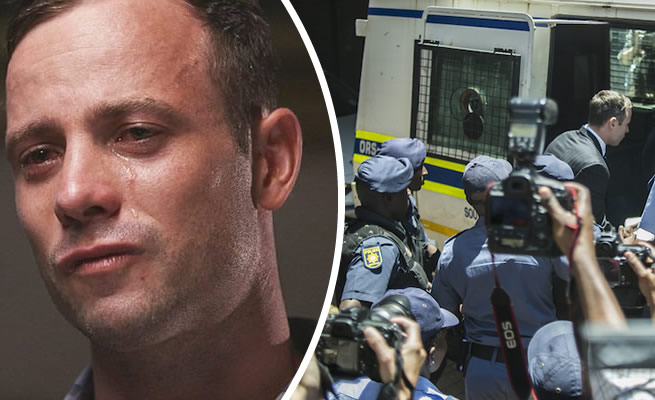 A four-part documentary series based on Oscar Pistorius’ rise to worldwide stardom and his fall from grace, after the murder of his girlfriend Reeva Steenkamp in 2013.

Pistorius shot and killed Steenkamp in her home in Pretoria, South Africa, in the early hours of Valentine’s Day 2013. Sivell secured access to key players in the subsequent trial, which saw Pistorius jailed and prompted controversy and worldwide media attention.

A noted Paralympian, Pistorius became the first amputee to compete at the Olympics. His conviction for killing Steenkamp was amended in 2015, from culpable homicide to murder, and his prison sentence extended after scrutiny by South African lawmakers in the wake of the trial. He is currently in prison.

Oscar was initially sentenced to six years in prison for the murder of Reeva, however this was increased by The Supreme Court of Appeal to 13 years in prison in November last year.

According to Channel 24 the documentary entitled, Pistorius has been made by Welsh-born director Vaughan Sivell and will air globally on Amazon Prime Video today (6 September).

Sivell told the publication that he believes that he’s found a new way of telling Oscar’s story by metaphorically comparing it to the challenges a new South Africa faces.

“The human story of Oscar Pistorius, and the human story of South Africa since apartheid ended, are, to me, so intertwined that to tell one without the other would not be the truth. Both the country and the man really did come crashing down,” Sivell said.

Sivell revealed that the documentary features archived footage from Oscar’s trial but also contains several new interviews with the Pistorius family including Aimee and Carl.

Sivell’s previous documentary work includes a film about boxer Joe Calzaghe. In “Pistorius” he puts the titular former athlete’s trial and case into the wider context of South African society.

Amazon released a trailer, Tuesday, ahead of the series bowing on Prime globally on Sep. 6. It shows family members talking about Pistorius, experts discussing the trial, and excerpts from the court proceedings.