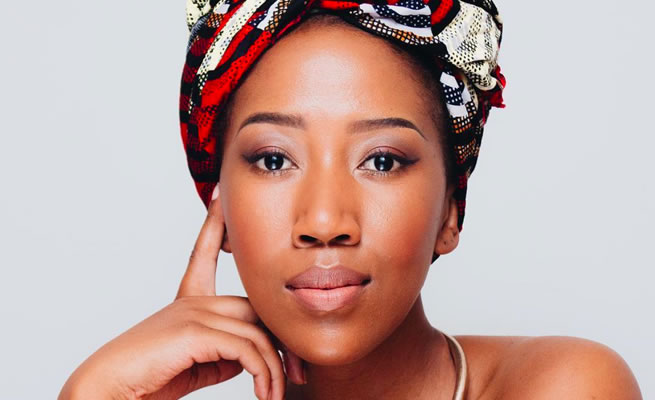 Sihle Ndaba is undeniably one of South Africa’s most celebrated actresses right now, and although many viewers were saddened by her departure from SABC 1’s Uzalo, the actress found a new home on Mzansi Magic’s ‘The Herd’ and has kept viewers captivated with her talents.

Ndaba’s transition has been the talk of the town, in one of the episodes on the show, the actress got shot in the leg and depicted the character to a point where viewers found that it was very believable. In a recent interview on East Coast radio, Ndaba revealed that she had drawn inspiration from an actual event that she had experienced in her life.

“I’ve never spoken about this but, I was telling the director before we shot that scene that, I’ve actually witnessed someone very close to me get shot right in front of me, so it was very hard to shoot that scene and I had to switch off, I had to stay in the dressing room and I had to be in the moment, to be honest with the story and the character, cause I’ve seen someone get shot, my mom got shot right in front of me,” she said.

Reflecting on the experience, Ndaba went on to say it was an emotional day as, what was meant to be a celebratory event, turned very sad in just minutes after someone fired a shot at her mother's leg but denied the act:

“I was across the street when my mother got shot, we were celebrating the Africa confederations cup, Bafana Bafana had won, I can't remember the exact year, so you know in the townships, we run to the corner, the biggest intersection, people are spinning cars and all of that excitement and amidst that, someone took out a gunshot…he says he shot in the air but how did it hit her in the leg…she couldn’t walk for like a year…the doctors said she could never walk but look at God…and my mother is such a fighter…”