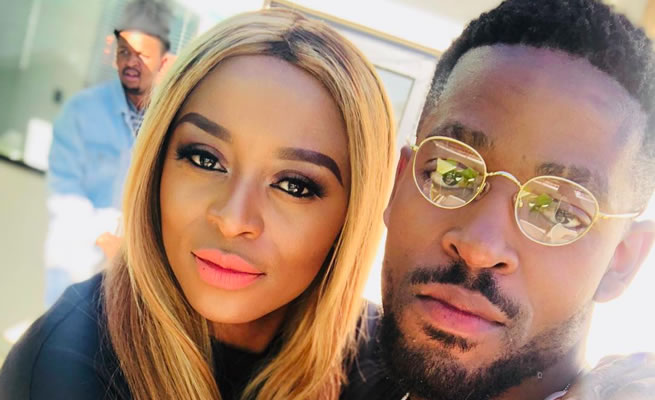 DJ Zinhle is undeniably one of the most talented DJ’s in Mzansi, however, her personal life has made headlines on various occasions and with her love life having been the talk of the town following her break up with AKA, many are waiting in anticipation for her next romantic relationship.

DJ Zinhle and Prince Kaybee recently uploaded an image of them together on their social media platforms with captions that teased that the two most popular DJ’s were working on a project together, but tweeps seem to have gotten the wrong end of the stick.

Tweeps took to the comment section of the post pleading with Zinhle and Prince to become an item as they deemed that the two were ‘fitted’ for each other and could ‘make a great couple’.

Read the tweets below:

Although tweeps might be hopeful of this union, DJ Zinhle has been adamant that she felt that she was not ready to get into a serious after her public breakup.

“I’m at a very weird space in my life…a lot of things, especially regarding relationships and love, in that sense…are just not making sense, I’m trying to unlearn a lot of things that I was told as a kid that I learnt from society about being a women and being in a relationship…it’s mid-thirties babe…I can’t even say, just without AKA or Kiernan that I desire to be in a relationship after everything I’ve been through right now in my life, maybe two years or two months from now I’ll change my mind but right now as Zinhle, I don’t have have the desire to be in that kind of relationship with anyone…” the DJ said, speaking to Pearl Thusi in the final episode of Behind the Story on MTV Base.

Apart from the rumours, other tweeps have gone as far as trying their luck with DJ Zinhle.

"Wow guys! Kubi kumaDMs. [It is bad in the DM's]" she wrote, speaking of her direct messages, without exposing the tweep.