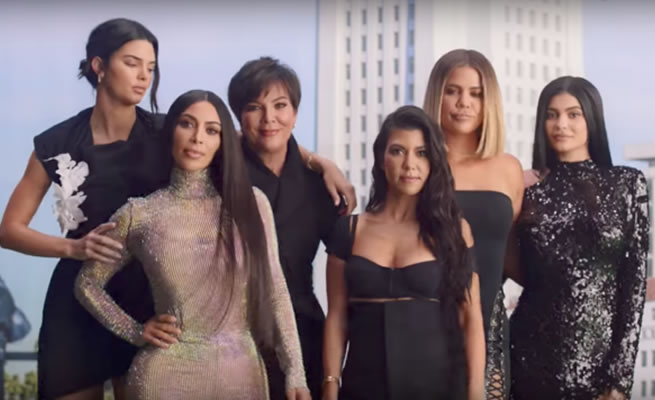 No doubt, the Kardashians are one of the most famous families in the world – and with fame comes a great fortune which this family seems to have in abundance.

Forbes recently released just how much every one of the Kardashian-Jenner family members made in the past year – and it has left us asking what in the world we’re doing with our lives!

8. Rob
Rob is the only male sibling and currently has a net worth of $10m (R147m) according to Insider. He is currently the least earning member of the family. He made most of his money from appearances on the family reality TV show, Keeping Up With the Kardashians, his now cancelled show, Rob & Chyna and his company, Arthur George Socks. Rob is also a father to one-year-old Dream Kardashian.

7. Kendall
Eldest Jenner sister, Kendall currently has a net worth of $18m (R265m) according to Money.The 22-year-old is also the highest earning super model in the world – earning over $22m (R324m) in 2017. Besides modelling, she also makes her money from her family's reality show, her apparel line with her sister Kylie and a series of sponsorship deals.

6. Kourtney
Kourtney Kardashian – who seems to have lost interest in business deals with her sisters according to the first episode of Season 15 of KUWTK – still gets paid and has a net worth of $35m (R516m) according to Business Insider.

The 39-year-old also stars in and is an executive producer of the show with her sisters and mother – which contributes to her net worth significantly. The eldest sister of the Kardashian clan also makes her money from her many social media endorsement deals, such as Lyfe Tea – a weight loss tea.

5. Khloé
As for Khloé, her net worth has been estimated by Go Banking Rates to be $40m (R588m). Khloé’s career kicked off with her family's show, which debuted in 2007.

Since then she has been in multiple reality shows such as Kourtney and Khloé Take Miami, Khloé and Lamar and Revenge Body with Khloé Kardashian. Other sources that contribute to her net worth are TV appearances, endorsements, book deals and other business ventures including Good American.

“Not smiling makes me smile” Kanye

4. Kris Jenner
Kris, the head of the powerful family, has an estimated net worth of $60m (R888m) according to Money. Kris earns most of her money from KUWTK, in which she stars and also produces.

3. Caitlyn Jenner
Caitlyn Jenner comes in third in our count down with a net worth of $100m (R1.4bn). According to Bankrate, Caitlyn Jenner built her net worth on an athletic foundation. Caitlyn discovered her ability for sports and athletic activities during her high school years. She outdid herself at multiple sports such as basketball, track, and football.

She maintained her status as a public figure through motivational speaking and endorsements. She has made TV appearances on KUWTK and I Am Cait.  Her famous appearance on the Wheaties cereal box in 1977 also contributed to her net worth and she also published a memoir about her transition, titled The Secrets of My Life.

A new member of my family- Bertha, two months old.

2. Kim Kardashian
The second highest earner is businesswoman and make-up mogual, Kim Kardashian West with an estimated net worth of $350m (R5.1bn) according to Forbes.

Kim came into the spotlight after her sex tape with ex-boyfriend, Ray J leaked back in 2007. The family's reality TV series – on which Kim is an executive producer – premiered that same year.

She also has many private ventures which have made her one of the richest female celebrities in the world. Among other, Kim has a game app called Kim Kardashian: Hollywood and an emoji app called Kimoji which she launched in 2015. The TV personality also ventured into beauty products, starting her own make line called KKW Beauty which produces lipsticks, contour palettes, highlighters, foundation and concealers. She also has her own collection of perfumes called KKW Fragrance.

In 2017 she started a children’s clothing line with her husband Kanye West called Kids Supply.

I thought about killing you ??

1. Kylie Jenner
Kylie Jenner is not only the wealthiest member of her family but she is also well on her way to becoming the youngest self-made billionaire in the world. For the past two years, Kylie Jenner has made a name for herself and her brand. The 21-year-old was named one of America’s richest self-made women by Forbes.  Her cosmetic business is estimated to be worth $800m (R11bn) and she has been in business for two years now.

According to Forbes, her net worth is $900m (R13bn) which she has made off her beauty products, endorsement deals with Puma, PacSun clothing and her reality shows KUWTK and Life of Kylie.