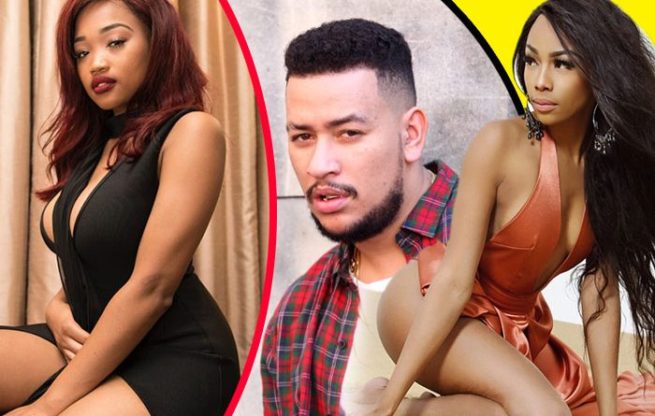 Model and socialite Nicole Nyaba has come out guns blazing against comments that she’s “unstable”, explaining that she’s been grieving the loss of loved ones.

Nicole has been at the centre of several social media storms over the past few months.

It all started after rapper AKA and Bonang Matheba confirmed their split. Nicole sent the rumour mill into a frenzy when she shared pictures of herself in what fans believed was AKA’s pad.

Then she went on a massive rant and threatened to leak nudes that were apparently linked to an ex. Then last month Nicole revealed juicy details about her apparent relationship with AKA to Drum magazine.

She claimed they were in love and had even moved in together, but split after AKA decided to mend fences with his baby mama DJ Zinhle.

So when a social media follower tagged her in a discussion about AKA’s love life and exes, Nicole hit back.

The follower claimed that the break-up from AKA left Nicole “unstable”.

“Sorry sis, I’m mourning the death of my grandpa as of yesterday. I’ve lost three family members in the past two years, that’s worth me being unstable,” Nicole said.

The video vixen told the follower to stop dragging her into such conversations.

“I will never sell out my family. Leave my family out of orange-haired people’s lives. FYI stop speaking on behalf of people you don’t know,” she added.