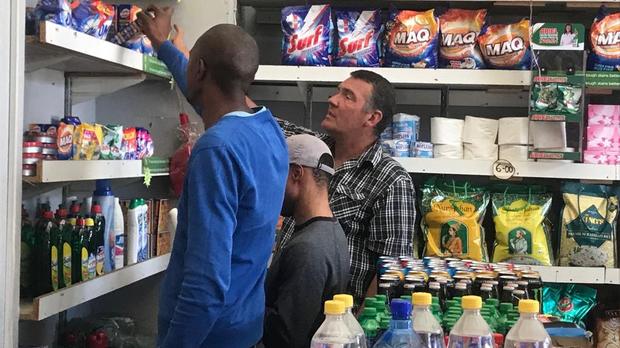 Expired condoms, washing powder, and drinks were unearthed when a team of multi-sectoral law enforcement agencies raided several businesses and retail outlets in the highly populated area of Pretoria West.

At one shop, "Dubai Restaurant and Takeaway Supermarket", the officers closed down the shop, awaiting health inspectors to arrive and conduct a thorough check on the goods being sold.

The officers discovered that the Sunlight washing powder being sold there had expired as far back as 2016. The Lovers Plus condoms had expired – some a few years ago.

Agencies including the National Consumer Commission, the Tshwane Metro Police, the National Regulator for Compulsory Standards, the Companies and Intellectual Property Rights Commission (CIPC) pounced on the businesses adjacent to the Quagga Mall, and closed several of the shops which did not comply with the law.

According to National Consumer Commission spokesperson Trevor Hattingh, the raids were part of the enforcement agencies' efforts to conduct compliance inspections and to "clarify government’s stance on the issues raised by communities to business".

Several small businesses in Gauteng have been looted, as residents accuse foreign shop owners of manufacturing "fake food and drinks in their shops".