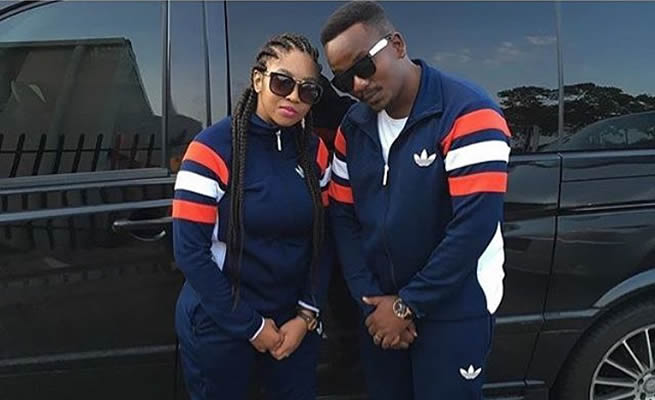 Controversial Actress Manaka Ranaka has put criticism against the way Ayanda Ncwane chooses to live her life on blast.

Even though Ayanda has been determined to keep her late husband’s legacy alive, some fans ‘disapprove’ of some of her decisions.

A few weeks ago some fans trolled Ayanda after one of the artists, Percy Nyoka, was spotted wearing a tracksuit similar to one Sfiso made famous. Then the rumour mill went into overdrive with speculation that there was more to the relationship between the artist and Ayanda.

Ayanda has since denied that she gave Sfiso’s clothes away and the artist said he viewed her as an older sister.

Taking to Twitter Manaka expressed disgust over the way people expected Ayanda to explain herself. “Bathi Ayanda Ncwane must explain. Explain what exactly? What makes you think you deserve an explanation? #HandsOffAyanda,” she said.

Yah hands off vele.. A sick society will have too many rules and regulations for a WOMAN and expect us to comply. Who lied to you and told you we gonna comply? Kudlaliwe ngani shame 😂🤣😂

Manaka added that the expectations society placed on a woman were shocking.

“A sick society will have too many rules and regulations for a woman and expect us to comply. Who lied to you and told you we gonna comply.”