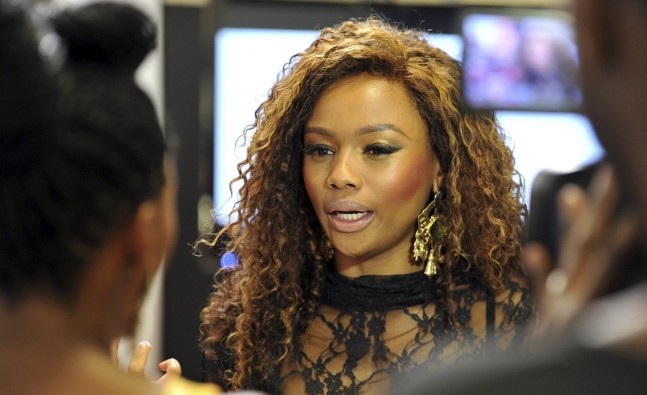 Bonang Matheba’s representative, Dave Phillips did warn the publication that if the story about her tax-fraud allegations was published, they would have no choice but to take legal action against the paper.

On Sunday afternoon after the story came to light, Bonang responded to the allegations on Twitter and labelled the newspaper as trash. She further stated that in South Africa, journalists from the publication create fake news then place the stories on their front-page.

Bonang is currently in the U.K. and is enjoying some downtime with her close friend – Lorna Maseko.

While she enjoys life abroad in celebration of her GQ magazine cover, the media personality has requested the assistance of her legal team to handle the matter with the newspaper publication.

According to Channel 24, Bonang is reportedly suing Sunday World for R10 million in damages for running with the tax-fraud story.

Dave Phillips then told Channel 24 that the story on Sunday World had some "factual errors" and that his client has proceeded to take legal actions against the tabloid paper for the defamation of Bonang's character.

Throughout her career, Bonang has received some rather unfavourable attention when it comes to her brand, and one person who has always been her pillar of strength when it comes to such things is her mother.

In an interview on Kaya FM, Mrs Mokoena was asked how she feels when she hears of negative news surrounding her daughter, and she explained that the negativity is painful and hard.

"It's the same as when your child is bullied at school. It's the same pain. It's very hard…The only thing about having a child go through that is that now more people know," said Mrs Mokoena.

In previous interviews, Bonang has mentioned that negative news or negative comments on social media has hurt her so badly to the point that it has also brought her to tears.

However, with growth, she has realised that the best way to respond to negative news from the media, is through silence but this time around it is clear that silence just won't cut it and now, she is going for the jugular.