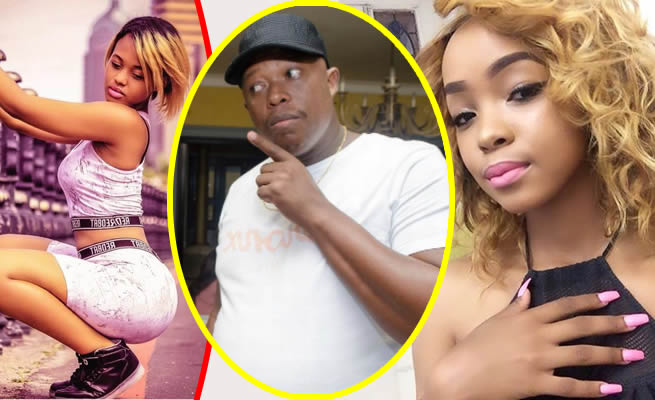 According to insiders, the two stars were to perform songs, which share the same Domoroza title. An informant said Babes (real name Bongekile Simelane) left when she discovered she was to share the stage with TDK Macassette.

Said the mole: “It was childish and seriously amateurish of her to walk out of the show upon seeing TDK coming in for the shoot. Babes pretends to be cool with TDK, but what happened proves they are still beefing. And the Domoroza song has made things worse between them.”

This comes as the two released Domoroza a day apart last month. The songs have different lyrics, but TDK released her song first on a Friday, while Babes did so the following day.

A mole, who was with Babes’ team, was shocked when informed they had to leave the studio ahead of the performance.

Insisted the mole: “Babes let our team down, as there was no need for that drama. It’s a shame that she now has to come up with excuses, as it’s clear she fears TDK’s Domoroza.”

Asserted Babes’ publicist, Hlengiwe Mbambo: “Babes had other commitments, that’s why she had to leave.”

TDK played down the incident, saying: “All I know is that I was scheduled for the same interview as her.”

Said e.tv’s PR manager Michael Pocock: “There was miscommunication with the bookings for the episode, and due to scheduling clashes, Babes Wodumo had to leave early and her performance ended up not going ahead as planned. The producers of Craz-e have since arranged another shoot with Babes for next week.”