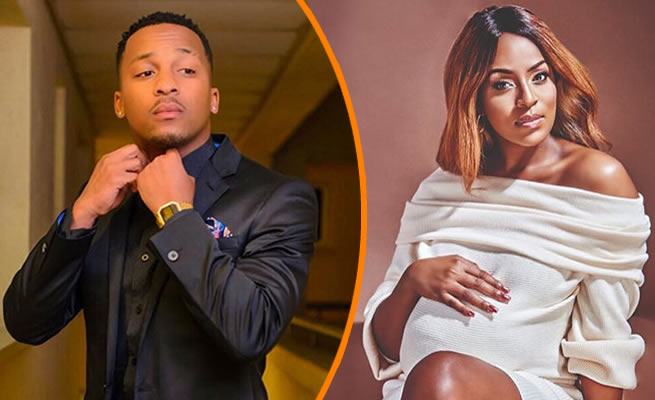 UZALO actor Mastermind broke many people’s hearts last week. The star confirmed the rumours that he was leaving the SABC1 soapie during an interview with Gagasi FM.

Sunday Sun reported recently that the actor’s role was allegedly getting canned because of his diva tendencies. But according to the actor (real name Ntokozo Dlamini), that’s not the reason he’s leaving the popular SABC1 show. During his interview with the KwaZuluNatal radio station, Ntokozo said he left as he wanted to be close to his soon-to-be-born baby girl with the gorgeous Isibaya actress, Jessica Nkosi.

When he was contacted, Ntokozo said viewers would still see him on the show, albeit for a short time. The source said Ntokozo was planning to relocate to Jozi to be closer to the love of his life.

But the star said: “I want to be close to my family, but I’m not saying I’m relocating to Joburg. Based on my work, I’ll be travelling back and forth.”

According to his friends, Ntokozo wants to do things by the book. He denied rumours that him and Jessica were getting married soon. But according to the source, Ntokozo has sent elders to Jessica’s family to pay for both damages and ilobolo.

The source insisted that the ceremony took place about two months ago.

“He also bought Jessica a diamond ring to make it official,” said the source.

Another source said: “There are many opportunities in Jozi. His priorities have changed. He’s soon to be the head of his tribe, and is getting more job offers in Jozi.”

Jessica, an Actress in Isibaya,  is on maternity leave and is back in KZN. Last week, her friend and mentor businesswoman and TV personality, Zanele Mbokazi, threw her a star-studded baby shower at her house in the plush suburb of Umhlanga in Durban.

Ntokozo said people will always have things to say without thinking about the damage they can cause.

Uzalo spokesperson Koketso Phala said changes to the soapie would be communicated with the media. She neither confirmed nor denied that Ntokozo’s contract was terminated or he had left Uzalo due to family commitments.

She said: “Viewers must keep watching to see how his storyline unfolds.” Jessica could not be reached for comment.