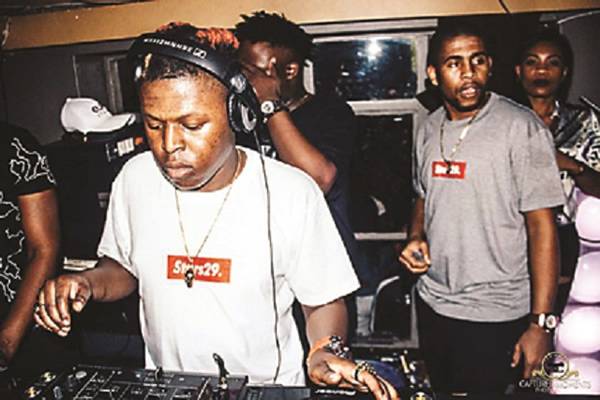 MEMBER of award-winning gqom group Distruction Boyz, Quinton “Que” Mgobhozi, are over the moon. This comes as the Omunye phezu komunye co-singer has gone on top of a woman and impregnated her in the process.

The 23-year-old star is expecting a child with his girlfriend Zinziswa Mayekiso (22) from Tembisa, Ekurhuleni. Zinziswa and Que are said to be madly in love with each other and expecting their first born any time soon.

According to sources, Que and Zinziswa have been trying very hard to keep the news of their bundle of joy a secret.

“They’re crazy with each other, despite rumours saying Zinziswa is in it for fame and desperately wants to venture into the broadcasting industry. She’s driven and that’s why she’s adopted the name of being called an influencer to her generation,” the source said.

Another mole close to Que said the star is ready for his first child.

“Que is ready to hold his first born. He’s been flaunting pictures of Zinziswa, saying that it was about time his 'son' is born. They’re ready and it’s a good thing that they’re still in love with each other as they were before she fell pregnant. They might be young, but their love for each other is stronger than before,” the mole said.

Zinziswa said: “Babies are a blessing. We can’t wait to be parents to this child, at first we were scared as both of us are young and his career just took off.”

Que said: “My girlfriend and I are expecting and we’re excited and can’t wait to meet our bundle of joy."