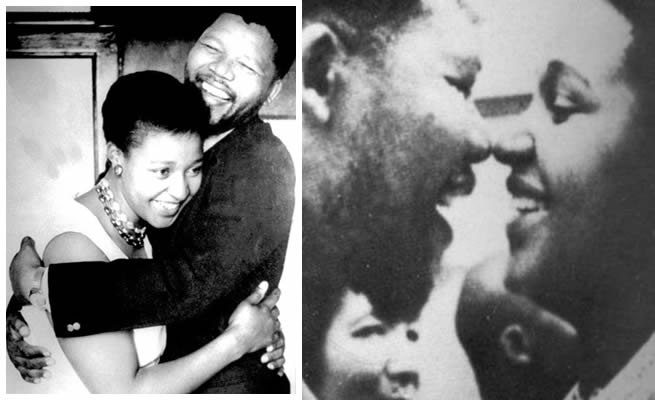 The old saying goes something like this: ‘Behind every good man is a great woman’. Nelson Rolihlahla Mandela or Madiba as South Africans lovingly remember him, was undeniably a great man, one of the greatest, most inspiring and influential people to ever have walked on the face of the planet.

For the most part, the old adage holds true when applied to Madiba’s life apart from the small matter that Madiba did not have just one great woman in his life. Madiba’s life was intertwined with the lives of several women who all supported, loved and stood by him.

Here are some of the women who helped Madiba become the man he was, achieve the greatness which he did (even though he never set out to become anything more than a freedom fighter) he did or simply stood by and supported him when he needed their love and care.

1. Nosekeni Mandela – Madiba’s mother
The exact date of birth for Nosekeni Mandela is unknown. She died in 1968 and is buried in the Mandela graveyard in Qunu, Eastern Cape. Madiba was imprisoned on Robben Island when she died and he was not permitted to attend the funeral. Once he was released from prison he made a point of visiting the grave and saying a prayer for his mother.

2. Evelyn Mase – Madiba’s first wife
Evelyn Mase Mandela was Nelson Mandela’s first wife. She is reported to the woman Mandela first had sex with. They were married in 1944 and divorced in 1958. Evelyn was a trained nurse and met Mandela through her cousin Walter Sisulu. The couple lived in Soweto after they got married and had four children. Evelyn became the first woman to realise that nothing was more important to Mandela than the struggle for freedom (a sentiment later echoed by Winnie Madikizela-Mandela). Their marriage started to crumble as Mandela became more and more politically active. Evelyn eventually filed for divorce after claiming Madiba had been unfaithful. She moved to Cofimvaba with their children after the divorce and lived a quiet life. Evelyn died on 30 April 2004. Madiba attended the funeral with Winnie and Graça Machel.

3. Winnie Madikizela – Madiba’s second wife
Nomzamo Winifred Zanyiwe Madikizela better known as Winnie Mandela and later Winnie Madikizela-Mandela was Madiba’s second wife. Winnie and Madiba met in 1956 and she started working closely with him. The couple were married in a highly-publicised ceremony in 1958. Winnie soon discovered, like Evelyn before her, that nothing was more important to Madiba than the liberation movement. Reports indicate that their marriage had incredible highs but also featured some terrible lows. Their family home was often raided by police. It seems incredible to think that the couple shared less than six ‘normal’ years of married life together in their marriage of 38-years. They had less than four-years together before Madiba was sent to Robben Island in 1962. During his imprisonment, Winnie took up the mantle of fighting for freedom and eventually carved her own well-known legendary path. Winnie and Madiba tried to reconcile after he was released in 1990 but the couple privately separated as early as 1992. They eventually divorced in 1996.

4. Makaziwe (Maki) Mandela – Madiba’s eldest daughter
Maki was born on 1 March 1954 and is the eldest daughter of Evelyn and Madiba. She grew up in Soweto and is the only one of Madiba and Evelyn’s children who lived longer than their father. Maki was named after the couple's first child who died when she was only nine-months old. Maki Mandela obtained a BA degree from the University of Fort Hare, she also obtained an Honours Degree in Sociology at the University of Natal. Maki made use of a scholarship to gain a Masters in Sociology and a Doctorate in Anthropology at the University of Massachusetts in America. Dr Maki Mandela is currently the chairperson of the House of Mandela, a company she started with her daughter in 2010. She has held several directorships and board roles in South Africa and countries across the world. In 2015, Maki said that while she was proud of her father she did not view him as being perfect. She also revealed that at one point she felt bitterness towards her half-sisters Zenani and Zindiswa because the media had forgotten about Madiba’s first family and questioned whether she really was one of Madiba's children.

5 and 6. Zenani and Zindiswa Mandela – Madiba’s daughters with Winnie Zenani
Mandela was born on 4 February 1959, she is the eldest child of Winnie and Madiba, her sister Zindiswa was born on 23 December 1960. The sisters are perhaps the best-known of Madiba’s daughters grew up in turbulent times and for the most part, did not know their father during their childhood. Zindiswa was often left in the care of her older sister as their mother became more politically active. Recently the sisters have been thrust into the news after they decided to challenge their father’s will at the Constitutional Court.

7. Graça Machel – Madiba’s third and final wife
Graça Machel was born in 1945 in Mozambique. She married Madiba on 18 July 1998 while he was still serving as President. Graça was previously married to Mozambique’s first democratically elected president Samora Machel. She earned a reputation during her life in Mozambique as an education and human rights advocate. She and Madiba shared a relatively quiet life together after he retired from politics and together they worked on various goodwill projects including the Nelson Mandela Children’s Fund.