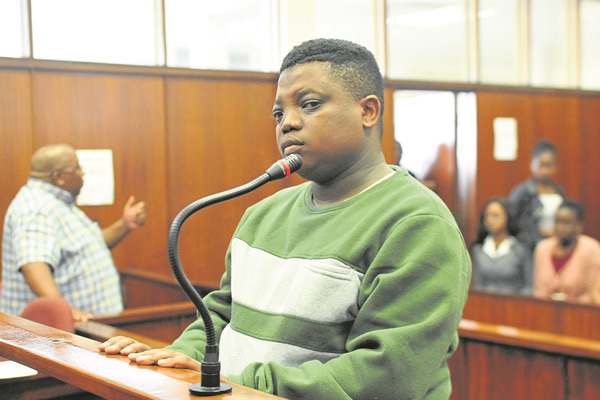 DANCER Nhlanhla Chiliza is known for his slick moves on stage with DJ Tira.

But the Afrotainment dancer is now facing a charge of raping a 13-year-old girl.

He was arrested on Monday and appeared in the Durban Magistrates Court yesterday, where he pleaded not guilty.

The dancer was allegedly arrested at the victim’s house while trying to convince her family to drop the charges against him.

During his bail hearing, he told the court he had no previous convictions or pending cases. He said he had two children he took care of with his salary of R15 000.

In an affidavit read out in court, he said: “My kids will starve if I’m kept in custody.”

But investigating officer Sergeant Edmund Nkomo told Magistrate Boniwe Ngcobo: “I have not been handed his passport and therefore he’s a flight risk.”

Prosecutor Ntsiki Qhunyiso told the court Nhlanhla had failed to provide exceptional circumstances for why the court should release him on bail.

“This is a serious case that involves the rape of a minor victim,” she said.

Nhlanhla’s lawyer Sandile Shoba insisted he was not guilty and said he had been co-operating with cops.

“This allegation against him does not go well with him. He has not been himself since he was arrested,” he said.

Ngcobo postponed the matter to today. Nhlanhla remained in custody.