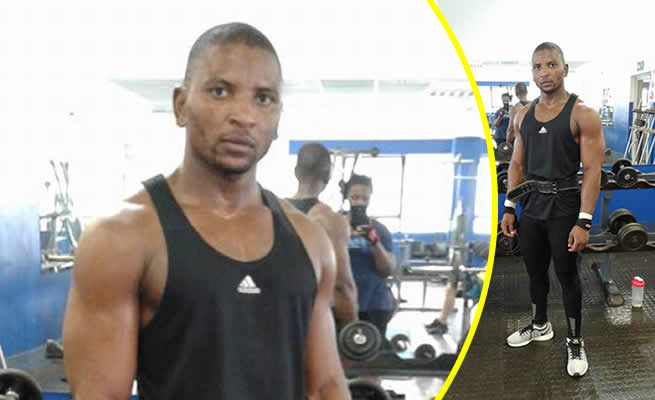 Sbahle Mpisane recently escaped a car accident with her life and it could be because of one man’s brave act.

Brian Dube, a personal trainer from Durban spoke to Drum about the morning of Sbahle Mpisane’s tragic accident and how he did his part to make sure she escaped alive.

Brian, who lives 5-10 minutes away from the accident scene said that he was awake getting ready for work when he heard a loud noise of a car colliding into a tree.

One of the first paramedics at the scene said she was “barely breathing”.

“She was in a bad way. She had a massive head injury and was barely breathing,” said the source, adding that both her arms were fractured and she also had a broken leg.

“She was in a critical state.” The moments that followed the impact saw the heroic actions of personal trainer Brian Dube, who battled a fire that was set to engulf the damaged sport scar.

“As soon as I opened the curtain to look out the window, I saw that it was a lady driving but I hadn’t realised it was Sbahle Mpisane at the time. All I saw was a lady in the car which was already burning” said Brian.

He explained how he grabbed a fire extinguisher and rushed to the scene in fear that the car would explode if he waited any longer.

“It was hard for me to stand and watch her burning in the car even though I didn’t know if she was alive or not. I got there and extinguished the fire with the help of another male who had witnessed the crash.”

Shortly after the fire had been extinguished, Brian explained how he stood at the scene to see if Sbahle was still alive after the horrific impact.

“I stood there for 10-15 minutes trying to see whether she was still alive and after a short while she moved her arm.”

Brain goes on to add how he alerted the two police officers that were at the scene to call the ambulance because she was still alive.

“I couldn’t believe that she was still alive because her car was wrecked, especially on her side. The driver’s side the door was out… it was not attached to the car anymore,” he added.

Brian who put his own life at risk to save Sbahle, went on to explain how he couldn’t watch someone lose their life if the car blew up.

“I couldn’t watch that car explode in front of my eyes having seen that there was someone inside… so I had to risk my life just to make sure the fire was extinguished.”

Brian said that he only realised that the woman he saved from a possible car explosion was Sbahle Mpisane, when people started sending get well soon messages on social media.

Even though Brian hasn’t been in contact with Sbahle’s family, he said that he had spoken to her personal trainer to clarify the rumours of her having been with another male in her vehicle at the time of the incident.

“I was the first person on the scene, she was alone in the car there was no one else,” he said.

According to reports Sbahle is now off life support and able to breathe on her own.