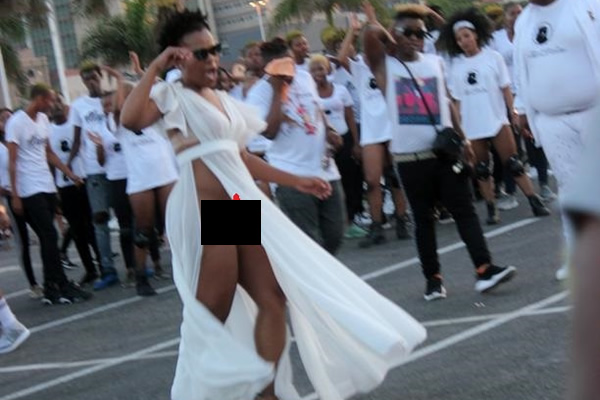 Zodwa Wabantu's no-panties policy has been long standing ever since she stepped on stage as an entertainer. Fans have requested her to take off her underwear off stage after she bought one to please the public, but now, the entertainer is looking to be true to herself to make sure she stays happy.

Wabantu is one peculiar entertainer as she steps on stage with revealing clothes and no underwear, and she has come to the conclusion that those that have not yet accepted her, haven’t done so because she is not a ‘slay queen’.

“I don’t wear panties, I don’t own one, I don’t know why it’s so taboo. So many women they don’t wear panties…Khuli Roberts just told me two weeks back that: ‘Zodwa you’re not accepted because you’re living your true self.’ So I think if I was a slay queen…tried to fit in with the latest trends with my money and whatsoever…I’m telling you…by now I would’ve been accepted by the same people, it’s just that I refuse… what I teach is that women should be free, women should be able to express themselves…no matter how hard it is, being naked on stage or half-naked, no one has seen my cookie…" she said in a recent interview on YFM.


The entertainer might have reached her stardom and is monetizing her fame with the help of record label owner DJ Tira, however, she still does not see herself as a celebrity, and she proves that by living the same way she did before she reached her stardom.

“…The way that I grew up, I still have poverty and I don’t want to wash it, it still reminds me of who I am, I love my poverty…the smell of where I come from I still smell it, it scares me…I won’t go into a shop and buy a R20,000 shoe, but the same twenty, looking back 10 years ago, I didn’t have it. So poverty reminds me of where I come from, that’s why I still do the same things I used to do till this day…"

Though Wabantu’s entertainment persona might require her to dance for other men and occasionally kiss her fans, but when Wabantu goes off stage, she softens up and goes home to her man who she says is perfect for her.

“As much as I’m a tough cookie, only love softens me…he’s perfect, he makes me laugh, we go out. I don’t want a man that’s gonna tell me to cook and clean for him, I just want to be happy because I work hard…”

General News Skhumba Hlongwane - 20 August 2022 0
The latest crime statistics have revealed that KwaZulu-Natal is the country’s most deadly province. Two of the province's police stations recorded the highest number of...