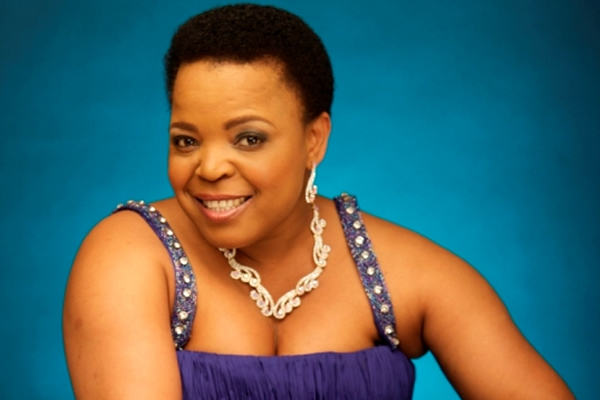 WHAT do you give a woman who has it all for her birthday? Well, Dr Rebecca Malope, who recently turned 50, wants to finally garner the courage to say ‘no’ to people and refrain from always bending backwards to every request people ask of her.

STILL TO REACH HER BIGGEST ACHIEVEMENT

Sis Ribs, as she’s affectionately known, has countless awards, a successful music career, TV and radio host, a book in the pipelines and is financially stable. However, she has not reached her greatest achievement to date.

She says if she could be able to say ‘no’, that would be the best thing she’s ever achieved for herself. She recounts times when people took advantage of her goodness.

“What I want to achieve, which is going to be the greatest thing, is to be able to say ‘no’. People like to take advantage. They will see something nice in my house and ask for it. It’s hard to say ‘no’. It would be better to know how to say that than having a house or cars,” she says.

She shares another anecdote where someone tried to take advantage of her. She says she remembers a woman telling her God said she must give the woman R5-million.

“I was blown away. I said to her that I will wait for God to also tell me that,” she laughs.

WHY HER BOOK IS STILL NOT PUBLISHED

It seems she’s been able to stand her ground in recent times because she reveals the reasons why her memoir still hasn’t hit bookshelves. She says it’s due to contractual issues that her book is not yet published but assures that she’s done with the writing part.

“The book is finished. I don’t want a publishing company to own my life story. I feel like publishing it on my own will be better. What if someone wants to turn it into a movie? I don’t want to battle with a publisher over the rights of my story,” she explains.

Another thing she’s battling with is coming up with a suitable title. She says she refuses to go the easy route and just make it self-titled. “It’s easy to just call it Rebecca, but I want something more impactful. There’s so much that has happened in my life, and I want to pick a line that will add meaning to the book and what my life is about,” she explains.

A GIFT FOR HER FANS

If you thought a book was the only thing that Sis Ribs is busy with, then think again. The queen of gospel is busy preparing to record her live DVD. Even though she won’t dwell on the details right now, she lets Move! in on how important it is for her to do it.

“I need to do this one for my 50th birthday. People need to look out for it but right now we’re still finalising things for the recording to happen and so I can’t tell you much about it,” she excitedly shares.