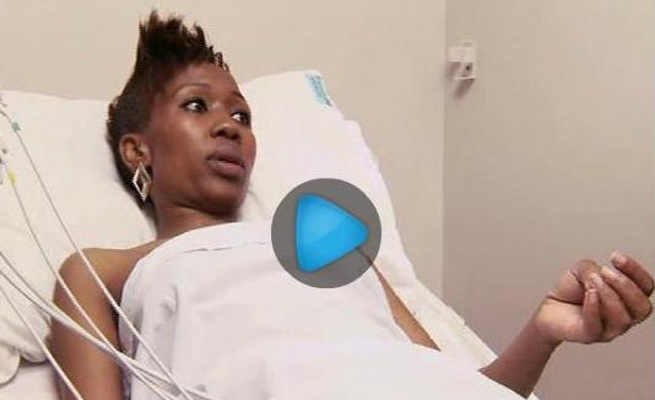 TV personality and Metro FM host Dineo Ranaka is known for her controversy and running her mouth. But she has been very quiet when it comes to a particularly sticky situation.

Dineo was allegedly involved in a car accident when her car collided with Paulos Mnguni’s in May. But she has allegedly been avoiding Paulos’ calls since the day of the accident, and has still not responded to his demands.

Paulos from Tsakane, Ekurhuleni, says he wants compensation from Dineo. He is demanding R30,000 from the popular Metro FM host and actress. Paulos claims that his car is a write-off after the accident. The 52-year-old said the incident took place on the R554 in Brakpan, Ekurhuleni.

He said he was driving home from work in his Tata Indica one Sunday afternoon when the accident happened.

“The robot had turned green for me to proceed,” he insisted.

He said as he was approaching the intersection, when a white Land Rover, which was going in the opposite direction, turned without giving other cars heading straight a chance to pass. He said he crashed into the left side of Dinoe’s car.

According to Paulos, he suffered minor injuries to his chest. Now, he wants Dineo to own up. He said he didn’t know who Dineo was until the crowd, who had gathered at the accident scene, started calling her by name. He also claims Dineo told him she saw his car, but thought she could turn right before him at the intersection.

“Later, she changed her statement, saying I caused the accident,” he said.

Paulos says the whole ordeal has been a nightmare.

“I feel Dineo doesn’t care. I’ve tried several times to resolve the matter peacefully. And now I’m the one being blamed,” he said.

Paulos wants to use the R30 000 to buy himself a new set of wheels.

“I can’t travel to work like I used to. I don’t want to shame her status, but she should acknowledge that she was at fault,” he said.

Ekurhuleni Metro Police Department media liaison officer Inspector Kobeli Mokheseng confirmed an officer had filed an accident report regarding the incident. Dineo was not available for comment and failed to respond to our SMSes and WhatsApp messages.