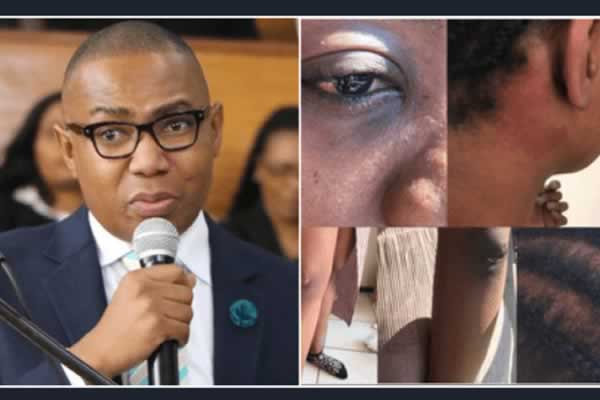 ANC MP and former deputy minister of higher education Mduduzi Manana has announced his voluntary resignation as a Member of Parliament.

In a statement published on the Mduduzi Manana Foundation's Facebook page, Manana said he made the decision in light of the National Prosecuting Authority's decision not to prosecute him for the alleged abuse of his Zimbabwean maid, Christine Wiro.

"I need to reiterate that the allegations against me were obviously frivolous and were rooted in a politically-motivated smear campaign against me by my political opponents," he said in the statement. I welcome the decision of the NPA which has cleared me of any wrongdoing and I feel totally exonerated."

Manana said there had been mounting pressure on him to step down, but he felt it would have been "premature" while the matter was still being investigated, and "would have most likely amounted to admission of guilt".

"Now that the NPA has independently decided that I have no case to answer based on the police investigation, I have decided to voluntarily withdraw my membership from the National Assembly after almost 10 years of active participation in parliamentary politics.

"This will give me ample time to focus my renewed energies on the work of my political organisation ahead of the 2019 general elections, my academic commitments and my business interests."

Manana said he would donate a portion of his pension to heed President Cyril Ramaphosa's "rallying call".

He will donate R1 000 000 to Khuluma Ndoda, a men's social movement against gender-based violence, which will be launched on August 1; R500 000 to the Nceduluntu Youth Foundation's 'OneMillionPads' campaign; and a scholarship opportunity to five male students to enrol at the University of South Africa for postgraduate programmes in gender studies.

"In conclusion, I wish to indicate that the issue of sexual/gender-based violence is very serious as evidenced by the reaction of South Africans following my previous case of assault, for which I took full responsibility, and therefore must not be used to a) advance selfish and narrow political ends and b) solicit financial benefit by making false accusations as that would be a vicious assault on the efforts, for which I have now dedicated myself to, or eliminating gender-based violence where it manifests itself," he finished.

On Monday, the NPA said it declined to prosecute Manana for the alleged abuse of Wiro because it believed there were "no reasonable prospects for successful prosecution".

Manana allegedly tried to push Wiro down a flight of stairs in May. The charges were later withdrawn.

An audio clip emerged soon after of Manana allegedly trying to bribe Wiro with R100 000 to drop the charges.

He later denied the claims of bribery, saying he intended laying a complaint against the domestic worker for allegedly trying to "extort" him.

In a separate incident, Manana was convicted of three counts of assault with intent to do grievous bodily harm in September 2017.

Video footage emerged of Manana assaulting a woman at Cubana in Fourways, Johannesburg on August 6, 2017, which went viral on social media and sparked demands for his arrest.

He admitted during court proceedings that he also assaulted two others, saying the women had called him a "Isitabane", a term used to derogatively refer to gay people.

The Randburg Magistrate’s Court ordered Manana to pay a R100 000 fine or face 12 months in jail for the Cubana incident.

He was also ordered to complete 500 hours of community service, complete a rehabilitation programme, and pay the victims a total of R26 680,46.

Parliament's Joint Ethics Committee was expected to begin an inquiry into his conduct on Wednesday at 10:00. That will now fall away.