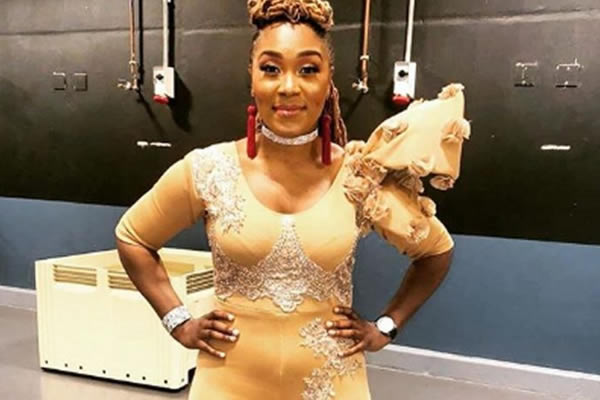 Lady Zamar is undoubtedly one of the most talented vocalists we have in Mzansi, she’s been dubbed by fans as the new queen of house music after releasing hit after hit. The musicians love life and wardrobe choice have however made headlines recently and she’s now opened up to clear the air.

The Love Is Blind hitmaker revealed in a recent interview on Metro FM that she had pulled back plans of launching a clothing line after she was trolled for her choice of style at this year's Miss South Africa pageant.

“I don’t think that it’s something that people should concentrate too much on but I do promise to always look good this time around… I’m gonna wear what I want to wear, like now, I decided to go into some African vibes… I’ve actually got something coming up in the pipelines, I was gonna release a clothing line but with all this debacle with the clothing, I realized it’s too much stress, so I’m going towards a different route" she said.

Following close sources disclosing to Drum that the singer was indeed dating Sjava, Lady Zamar hesitated to clarify the speculations, when Metro FM presenter Masechaba Ndlovu asked her to confirm, she responded saying: “I ain’t gon’ say nothing, we know each other, we’ve done a song together…genuinely that’s as far as I can…I don’t know what else to say…I did read somewhere that apparently, he expressed that he would like to date me, so that was an interesting insight…”

Early this month it was reported that Sjava and his girlfriend Lady Zamar are said to have taken their relationship to the next level.

Insiders said the couple is not only madly in love, but now sharing a Pretoria North love nest. And despite having reportedly been together since last year, the rumour mill suggested they were thinking about the big move.

Said an informant: “I know this may sound weird, but Sjava loves Lady Zamar just as much as she loves him. They’re keeping the relationship quiet as they don’t want to hurt Sjava’s wife, whose name is known to Sunday Sun, back home in Bergville, KwaZulu-Natal.

“Sjava’s wife’s been with him through thick and thin. It’s hard for him to just dump her like that when he knows the woman has been looking after him and his mum for years.”

Another source said it was hard for the rapper (real name Jabulani Hadebe) to leave his wife for Lady Zamar (real name Yamikan Banda). This was because he is a traditional man.

Asserted the mole: “Sjava’s wife had to go back to Bergville to stay full-time with his mum, who is old. I don’t see her or Sjava separating. They’ve been together for years – even when his acting career took a nosedive.”