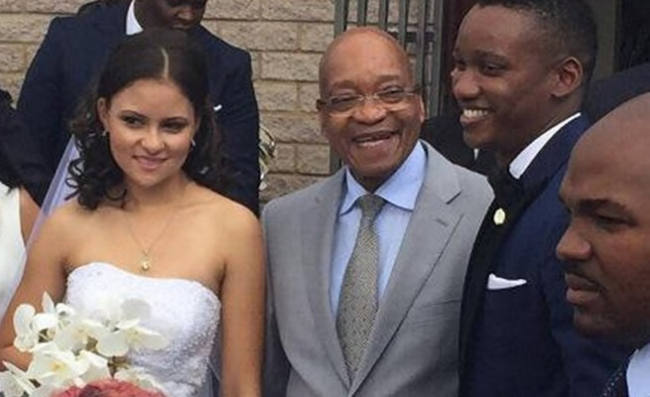 Duduzane Zuma’s attorney has confirmed to Eyewitness News that his client flew to Dubai on Friday night to be with his heavily pregnant wife.

Zuma said under normal circumstances he and his wife Shanice, travel together as a family but it was deemed advisable for her not to travel to South Africa on this occasion because she is, as Zuma termed, substantially pregnant. She is expected to give birth to their second child soon.

Zuma has been charged with corruption arising from the role he played in a failed attempt to bribe then deputy finance minister Mcebisi Jonas at the Gupta family’s Saxonwold home in October 2015.

It is alleged that, at the meeting, Duduzane, businessperson Fana Hlongwane and Ajay Gupta offered Jonas the job of finance minister and a bribe of R600 million.

Possible corruption charges aren’t Duduzane’s only concern, as he is also expected to appear in court on Thursday on a charge of culpable homicide.

Duduzane had been given until the end of March to explain why he should not be prosecuted for the death of Phumzile Dube, who died after Duduzane’s Porsche collided with the taxi in which she was travelling in February 2014.

After initially declining to prosecute him in August 2015, the National Prosecuting Authority changed tack when lobby group AfriForum gave them an ultimatum to either prosecute Duduzane or release a nolle prosequi certificate, which would allow their private prosecutions unit under Gerrie Nel to prosecute him.

During an inquest into Dube’s death, a court found that there was prima facie evidence that her death had been caused by Zuma’s negligence.

Attorney Rude Krause did not provide much detail but did confirm that Zuma returned to Dubai to be with his pregnant wife.

Krause says Zuma will be back in South Africa in time for his next court appearance on the culpable homicide case, which is on 23 August.

In an affidavit signed prior to his trip to South Africa to appear in court, the former president’s son described his wife as being substantially pregnant.

She was advised not to travel to South Africa on this occasion.

Every time Duduzane Zuma wants to travel abroad, he has to apply by way of an affidavit to the investigating officer and submit his itinerary.