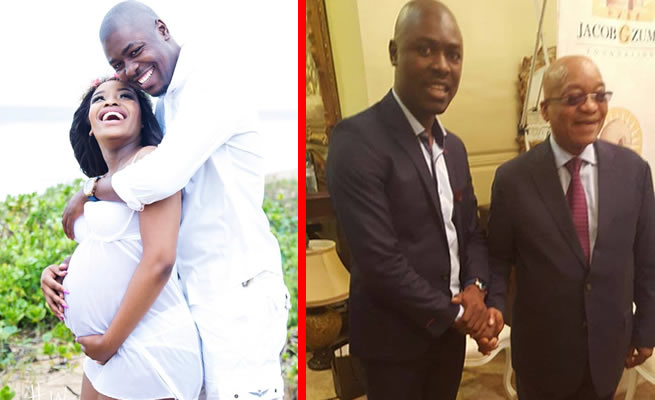 NO good deed goes unpunished! Isibaya actress, Zinhle Mabena, almost lost her husband, Robert Ngwenya, after three men ambushed him and opened fire on his car while he was still inside.

Robert states that he has been receiving death threats via Facebook since May of this year and believes this could be linked to his philanthropic efforts in the community he comes from.

Robert, a businessman who is a chairperson at the Chamber of Commerce, survived an alleged attempt on his life after three armed men shot at him, missed and then ran away.

Said Robert: “Three men jammed my car in the parking bay before jumping out and opened fire. I’m lucky they missed me. Those people wanted me dead. The manner in which they were shooting at me, it’s crystal clear their intention was to kill me.”

Robert believes his philanthropic work might be the reason behind the attempt on his life.

“Without sounding arrogant, but I help the poor in my community and I guess some people don’t like that.”

According to Robert, who is known for his development projects and his annual Nyaope Must Fall drive, the threats on his life started in May. The news team is in possession of threatening messages he received via Facebook from the alleged hitman.

In one of the messages, the alleged hitman even threatened to kill Zinhle if they can’t get to him first.

“They wanted to kill me, but I won’t give them the satisfaction that I’m scared of them. The law must take it’s course, as these killings of comrades by other comrades have been going on for a while now. I thank the Lord that they missed me, as I don’t know how my wife would have handled news of my death. I can’t exclude the masses, those we claim are poor, and start giving jobs to those who are only looking out for themselves. This is beyond being greedy, but people have been using the organisation to advance their own interests,” Robert said.

Colonel Amanda Funani said: “An attempted murder case has been opened after Robert and his two friends were attacked by three guys who were driving an Audi A4 in Maboloko township on Sunday. No one has been arrested because the car that is said to have followed Robert before the shooting was discovered in Limpopo on the day of the incident. We’ll be making arrests as soon as the investigation has been finalised.”