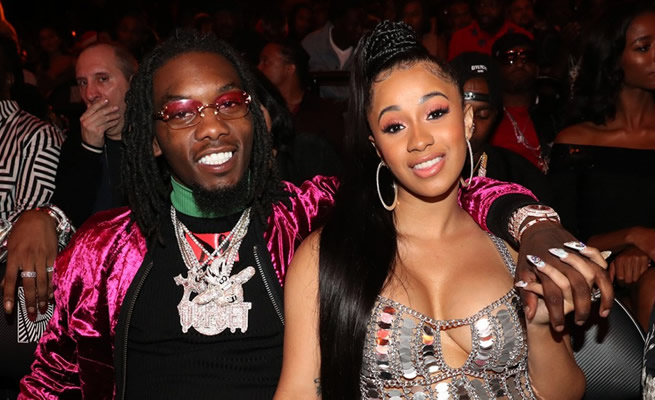 Offset, whose real name is Kiari Kendrell Cephus, has been arrested on drugs and weapons charges – just 10 days after his wife Cardi B gave birth to their daughter.

The Migos rapper was pulled over by police in Georgia when he attempted to make an improper lane change.

Clayton County Police say that the vehicle he and his bodyguard were driving in smelled of marijuana, prompting authorities to search the car and find three guns and less than an ounce of marijuana.

This isn’t the first time Offset has gotten into trouble with his car, as in May he was involved in a car crash which saw him have to swerve on the road to avoid a collision with another vehicle.

At the time, Offset was taken to hospital for treatment of "minor injuries” after he completely wrecked his green Dodge Challenger. He was released shortly afterwards and law enforcement claimed no police or emergency medical workers were called to the crash scene and no accident report was taken.

The ‘Culture II’ rapper later took to social media to share a video of a new car he had purchased for the innocent bystander who helped to free him from his wrecked car and saved his life.