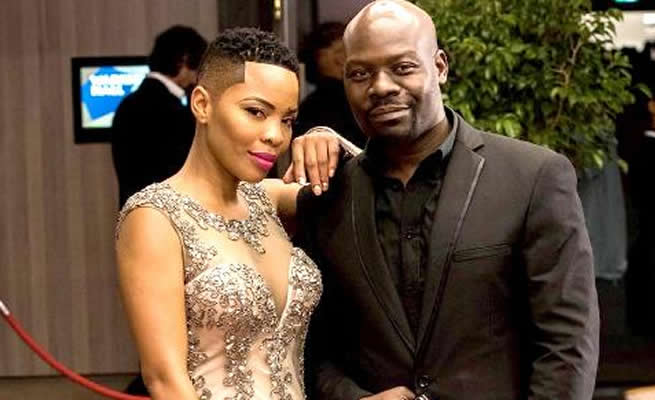 NO ONE saw it coming. Whether they were getting loved up on tropical Thailand baecations or holding hands at social functions, they were always the picture-perfect pair. The term “couple goals” never seemed more appropriate than when applied to Masechaba Ndlovu and her husband Vusi.

Their love story just seemed to go on and on. When they wed in a private ceremony in 2015 Vusi – the founder and managing member of Odeum Productions – became his new wife’s manager, handling her brand and bookings. Masechaba, a household name on Metro FM, changed her name on all her social-media profiles to Ndlovu after she took her husband’s surname.

Therefore it came as a shock when the drive-time DJ recently announced her split from the man she once adored. “I’ve taken the very painful decision of separating from my husband, the love of my life, the man of my dreams. My ride or die,” Masechaba wrote on social media.


“Sometimes in life the best thing you can do is the hardest thing you’ve ever done. We will always remain friends and fantastic parents to our children – and we will always love and care for each other,” she continued.

A close friend of Masechaba’s says the separation came like a bolt from the blue. “This is a serious shock to the system. I thought it was a publicity stunt but Masechaba isn’t one to play about serious things like this.”

She and Vusi had always looked happy, adds the friend who asks to remain anonymous. “They were a little distant at the Durban July but it didn’t look like anything serious,” the friend adds.

Since her surprise announcement, Masechaba has hired her sister, Modiehi Lekalake, as her manager. When we contact Modiehi for comment she told us Masachaba isn’t doing any interviews.

With Masechaba remaining mum on the root of their split, fans are being left to speculate about what went down.

Was there another woman? Did Vusi betray Masechaba, people wondered? Yet Masechaba’s friend has nothing but good things to say about him. “Vusi is generally a quiet guy, he’s a hands-on dad and has been handling the business side of Masechaba’s brand, taking her bookings and managing her schedule,” the friend says – and so the speculation continues.

MASECHABA met Vusi through work, the actress and radio personality told True Love earlier this year. “He owns a music studio and he created a score for my talk show pilot,” she said. For five years they remained friends, until she felt something “stir” inside her. “Much like me, he’s very firm and doesn’t mix business with pleasure so I had to make moves to show that I liked him.”

It wasn’t long before they were walking down the aisle. “Vusi and I got married very quickly. We spoke on three nights – until the morning – about life, love, kids, sex, cultures and everything in general. We interviewed each other basically and I knew then that I wanted to marry him,” she said.

The 34-year-old entrepreneur and broadcaster has had her fair share of heartbreak – before finding love with Vusi (35) she had been married to businessman Mfundo Ntsibande with whom she shares two children. “I was a little girl when I got married the first time. I thought I was ready.”

She and Mfundo have a good co-parenting relationship, Masechaba told Move! magazine in January, and she learnt from the mistakes of her first marriage. “I’m now a grown woman, more in tune with who I am and what I need and what I have to offer. I’m less afraid of my power.”

She was looking forward to spending the rest of her life with the man of her dreams.

“Vusi is the most amazing man I’ve ever met. He’s mature, level headed and wise,” she said, but it wasn’t meant to be and now the two are trying to pick up the pieces of their lives. Vusi tells us he no longer handles Masechaba’s publicity but says he’ll still be involved in other Masechaba Media projects that are business related.

As for the split, “I’m not a celebrity so I can’t speak about this matter,” he says. “If you’d like to speak to Masechaba you need to call her sister, Modiehi Lekalake.”

It seems the former couple may still have a professional relationship but based on Masechaba’s post, their romantic relationship is over.

“So many people remain in relationships that no longer serve them because they are afraid of what people are going to say. Afraid of what it’s going to do to the kids. Often, people keep up pretences because of the fear to be seen as failures or to lose credibility. We forget that the best gift you can give to the world and yourself is your happiness,” Masechaba said on Instagram.

SHE’S always been an advocate for self- love. Recently Masechaba caused a socialmedia storm when she confronted Babes Wodumo with allegations the singer’s boyfriend and record boss, Mampintsha, had been abusing her.

“I’ve always preached to young women that self-love is the highest form of love. We should be giving from our saucer and not from our cup, which means our cup has to overflow in order for us to give,” she wrote in her announcement.

Her post said a lot without saying anything at all and, as a result, fans are furious Masechaba is keeping her private life out of the spotlight. “I take it Masechaba Ndlovu is going to ‘ bravely’ air out her relationship laundry on the radio this afternoon, like she did with Mampintsha and Babes,” one social media user tweeted.

She’s stayed silent on the matter, despite the public interest, and a colleague says Masechaba is handling all the scrutiny in her stride.

“Masechaba is under a lot of stress at the moment, she’s not really ready to talk about the details. But she’s on a mission to heal and to move on. She’s kept her cool and she’s being as professional at the office,” the colleague says.

What exactly could have led her to split from Vusi? According to clinical psychologist Lindiwe Tom, marriages in the public eye tend to undergo a lot of pressure. “At times fans don’t see celebrities as real people. They think just because their lives are in the public eye, it means all is well but that’s not the case.”

Like all marriages, “celebrity couples deal with normal issues of trust, disagreements, extended family issues, abuse, drugs, alcoholism, and so forth”, but celebrities and people in the public eye tend to keep up appearances because they’re always being watched, Tom adds.

“The ‘what will they say syndrome’ is real – people joke about it but celebrities suffer a great deal when it comes to separations because people are always in their business,” she says.

It’s not easy to walk away from a marriage and often people who separate feel like failures. “Even if your partner cheated, there’s no reason to feel like a failure,” Tom advises. “The brave decision of walking away from a toxic relationship might do more good than bad.”