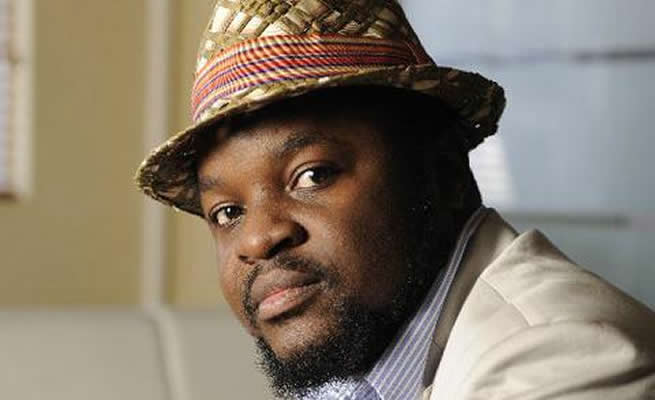 Daily Thetha talk-show host, Kini Shandu is counting his blessings after being involved in an accident and coming out of it unharmed.

Like most celebrities, Kini was in his home province, KwaZulu-Natal for the Durban July weekend when this unfortunate car accident happened. But all is not lost, this bad experience gave him deeper understanding of life.

“I was driving with a friend of mine when we realised that there was a car following us. When I slowed down, the car behind me also slowed down and when I drove fast it kept on the same pace as me,” he says.

At that point, Kini and his friend were starting to get worried. He was afraid that whoever were in that car were attempting to hijack them. He sped-off and lost control of the car.

“It was raining too and the road was slippery so we sped-off and I lost control of the car then it veered off the road and rolled several times downhill,” he says.

The car he was driving in was written-off but miraculously they both came out of the accident unharmed.

“It is by God’s grace that we came out unharmed. This kind of incident makes one think deep about life. As people we are just so busy. We say we are chasing paper and hustling but in most cases we are busy with nothing,” Kini says.

The father of two says he wants to spend more time with family and appreciate life for the blessing it is.

“In such times, you realise that you don’t value life instead we make time for people who will just say ‘rest in peace’ once you are gone and move on with life,” he adds.

Kini is back at work with a new perspective on life, he believes that sometimes, bad things have to happen to learn great lessons.