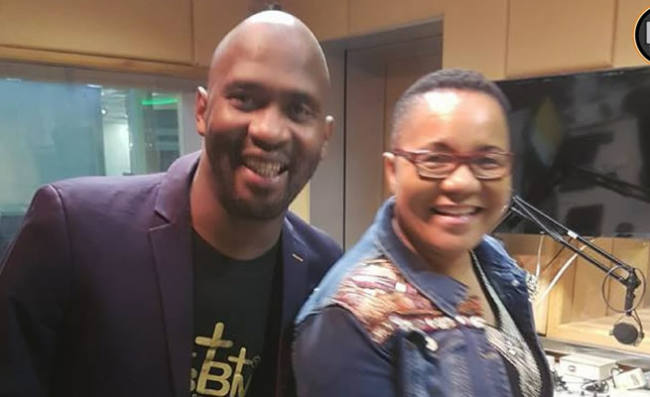 PASTOR Sthembiso Zondo’s reputation was destroyed after a video showing him parading naked, exposing his very big manhood in his house with a young woman, left many shocked and gasping for breath in 2015.

He immediately lost everything he had built, his radio show on KwaZulu-Natal’s popular Ukhozi FM too and all the influences that came with him being the man he was known to be. This led him to be a slave to alcohol and losing his mind. Pastor Zondo has recently announced plans to rebuild and restore his life.

Him and former Ukhozi FM’s Linda Sibiya were a combination made for excellence on the station’s breakfast show, Vuka Mzansi.

Both Linda and Pastor Zondo were influential in their own right, therefore, working together was an obvious win.

Pastor Zondo kept listeners motivated and that grew his brand and his reputation strengthened. As a result, he went on to become known as The Zero to Hero Life Coach. Before the video was leaked, he became a sought-after speaker beyond the borders of KwaZulu-Natal.

All hell broke loose there on. Not only was the size of his manhood a topic, but the fact that a man of God is sleeping with ‘young women’ as it was reported left his credibility and reputation in tatters.

“After that video, everything stopped. I was at her (the woman in the video) mercy and she used this opportunity to destroy me,” he says.

There was no way for him to deny it because the footage was clear. “I saw my big head, I knew I could not lie,” he says.

At the start of this month, Ukhozi FM listeners heard a familiar voice, that of Pastor Zondo, after years of previously being booted. He now joins iconic Dudu ‘Lady D’ Khoza on her show, Jabula Ujule, to continue doing what he did before. Years have passed but the memory of that video is still vivid. Pastor Zondo put on his bravery and spoke about this to millions of listeners upon his return.

“When I could not motivate anymore, I lost my mind,” Pastor Zondo says. He became a heavy drinker and says he depended on alcohol to exist.

“I could not do without alcohol, I could not think. The thing about addiction is that it doesn’t only hurt you but it also hurts the people who love and care for you. When you are an addict, you don’t see the pain that you are causing,” he says.

He never stopped motivating completely. On social media platforms and whenever he was invited to speak across the country, he made it his duty to leave people with words of motivation.

He recently wrote on his Facebook fan page that trying to change what has already happened is one of the things that will make you die before time.

“Everything that has happened, happened because it had to happen. In life it doesn’t help to ask ‘why’,” he says. He is positive about restoring everything that he has previously lost.

“I have been sent by God to do this. I will continue to do what I used to do. When the devil puts a full-stop, God begins a new sentence,” Pastor Zondo says. He is working on getting back to being the man he was known to be despite all that has been seen. “God is the master of time,” he adds.

I COULD NOT DO WITHOUT ALCOHOL