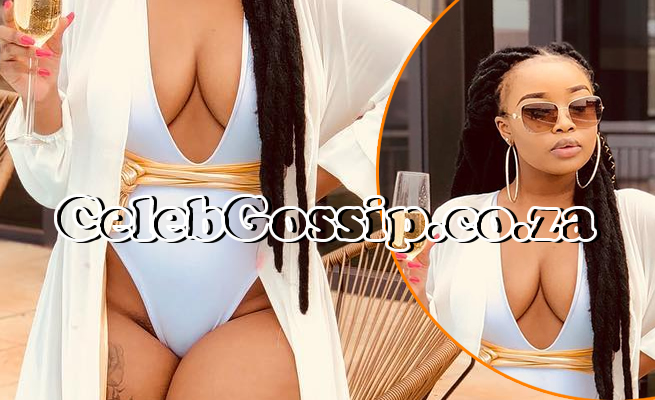 Media personality Sithelo Shozi has taken her fight against the father of her two children, Andile Mpisane, to the courts.

Sithelo took to Instagram to share that she has started a petition as a plea for justice after she filed a restraining order against him.

The petition was started on Tuesday, and has received over 45 000 signatures as of Wednesday morning.


Shozi doesn’t name Mpisane, but tweeps assumed she is referring to him after she spoke out in July and alleged he was physically abusive during their two and a half year relationship.

Multiple people have also donated money as she hopes to raise funds for her legal fees.

In her petition, she writes: “My name is Sithelo Shozi. I am a mother of one boy and two baby girls, and I have been abused physically and emotionally, and am constantly intimidated by the father of my children.

“I was in a two-and-a-half-year relationship with the father of my children, and we have two beautiful daughters and a son together. While in the relationship I was beaten mercilessly and consistently. I did the best I could and stayed silent, but now I feel that I have been through enough. I feel that I have been abused and pushed far enough by the father of my children.

“The father of my children beat me to a pulp while I was pregnant with our last child, and I had to wait three days to find out if my baby would survive. The last draw was when the father of the children started questioning the paternity of our last child – after everything that I silently withstood.”

Shozi says she has been intimated and bullied by a wealthy and powerful family, adding she’s still facing abuse.

“The father of my child still calls threatening to kill me,” she wrote.

The DJ said the hearing of her protection order is set for 31 October 2022, at the Point Waterfront Magistrates’ Court.

“I deserve a chance to be free too; to have the justice system of South Africa protect a woman and a mother; to protect me. I don’t want to be one of the statistics – a number – or one of the women who die at the hands of a man like many women do in this country. I don’t want cries for “Justice for Sithelo” when my body lies dead and cold. I want to live. I need protection,” the petition concludes.

Shozi thanked the people who have signed the petition so far, and was taken aback by the overwhelming support she has received.

Mpisane has not commented on the allegations against him, however, his mother Shauwn ‘Mamkhize’ Mkhize denied Shozi’s claims in a statement.

Many tweeps took offence to Sithelo’s allegations based on rumours she had started dating Andile Mpisane when he was allegedly underage.

Here is what tweeps had to say:

@yellowsimcard: “Her time with Andile is over. Sithelo must just do the MAKHWAPHENI challenge and stand a chance of getting R10k”

@Reckles64241071: “If wants me to take her seriously, she has to tell me what did she see in a teen boy? Let’s start there…. A man? A provider? A father? Sorry but a woman like that, I can’t take seriously because she abused his innocence first”

@krugersville: “Domestic violence kanjani when Sithelo violated his baby daddy at 16 and she was 24 upwards”

@Reckles64241071: “How would she feel when her son turns 16 and start sleeping and making babies with a 24-year-old woman? She is bitter now because she fumbled the bag”

@Ndreee80424486: “My question is, if he hadn’t left her and stopped buying her those luxurious bags etc WAS SHE GOING TO SPEAK OUT?”