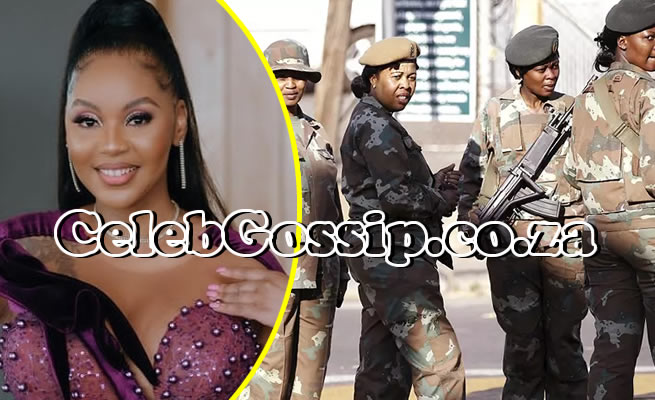 She was probably the most beautiful soldier in the South African National Defence forces but she traded her gun for business and developed her brand on social media which she now relies on for her livelihood.

Mbali Sebapu, as an influencer, has profited from the development of brand marketing by amassing a sizable fan base on their social media platforms and luring major brands to collaborate with them.

Sebapu, 32, says she is also using social networks not only to make money but to inspire other young women.


The entrepreneur from Soshanguve, north of Pretoria, says she never imagined social media would evolve into a business rather than just a platform to connect with people and share interests.

Major brands called to partner with her in 2015, at the time of the rise of influencers.

Sebapu’s job at the time was with the SA Navy, which she later left as her social media career flourished.

Brands identify social media users who have a massive following to promote their products and pay them for each post about the products.

“I developed a social media following by being genuine with my audience, and they embraced the real me. I managed to be a soldier and a pretty girl, so being in the navy also attracted my followers,” she says.

“On the weekends, I used to do my own thing, but during the week, I was at the military base in Bluff, Durban.”

She quit the military in 2019 to concentrate on her business.

According to Sebapu, after collaborating with several brands, she realised how powerful an influencer she could be, and launched her own company, Hermosa Flor Cosmetics. She specialises in bodycare and beauty products, including makeup.

Sebapu says after working for many years with a popular beauty brand, she opted to start her own. She went for makeup training and brand marketing courses, and with her sizeable following on social media, her business was able to take off.

She opened Hermosa Flor Cosmetics at Menlyn Mall in Pretoria and also sells her products online.

She warned other young women that they needed to realise that they were creating a brand, not just a single campaign on social media.

“Your ability to earn money depends on having an audience. People follow you because you provide them with something of value, so be genuine and offer them helpful advice, ”she said.

Sebapu encouraged young women to grow their social media audience as a stepping stone for any business they might want to start.