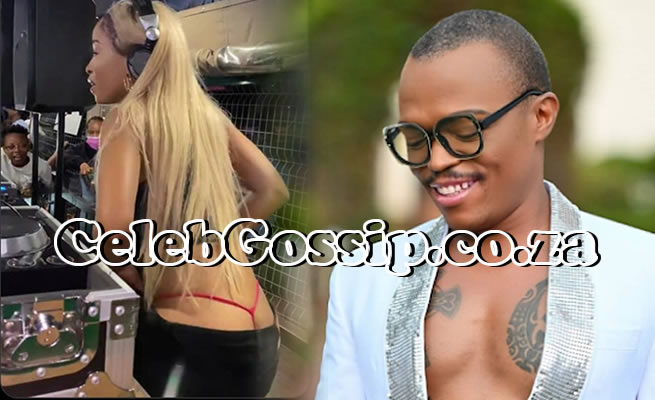 Somizi Mhlongo is impressed with how Uncle Waffles carries herself as a brand.

The Idols SA judge took to his timeline to sing her praises after meeting her for the first time at a gig for which they were both booked at Sunny Obasi in Benoni.

New female DJs etching their names on the wall of fame include DJ Lamiez Holworthy, DBN Gogo, actress-cum-DJ Thuli Phongolo and amapiano star Uncle Waffles. The last name constantly shoots up the trends list and has caught the attention of US rapper Drake.

In his post, Somizi spoke of how he was grateful to DJ Zinhle, who has paved the way for female DJs to succeed.

“What a sweet, humble lady. As I was enjoying her set I could not stop thinking about what DJ Zinhle has done to the DJ industry. She's really the pioneer for women in the continent. Just thought I should give her the flowers here,” he wrote.

Uncle Waffles recently went on Instagram live and finally set the record straight about her s3xuality.

She was speculated to be queer by many social media users with some even claiming that she was a transgender woman, although she refuted the trans claims, she has now come out as a bis3xual woman who enjoys sleeping with both men and women – supposedly whoever comes first at the time!

“As the perfectionist and professional I am in my work I watched everything from the moment you (Uncle Waffles) walked in with your team to when you were on stage and until you left. You're on the ball young lady. You arrived on time, played on time, your team is super focused. it's not just people hanging around. The world is your oyster nana.”

Zinhle is one of Mzansi's most popular trailblazing DJs.

She was dubbed Africa's number one DJ after being listed as one of SA's and Africa's most influential and powerful people.

The Umlilo hit maker has spoken of how she was impressed with the growth of female DJs and how they are taking up space in a male-dominated industry.

“I’m loving how the girls are making it their own and dominating. Surely there’s something to celebrate here,” DJ Zinhle tweeted.