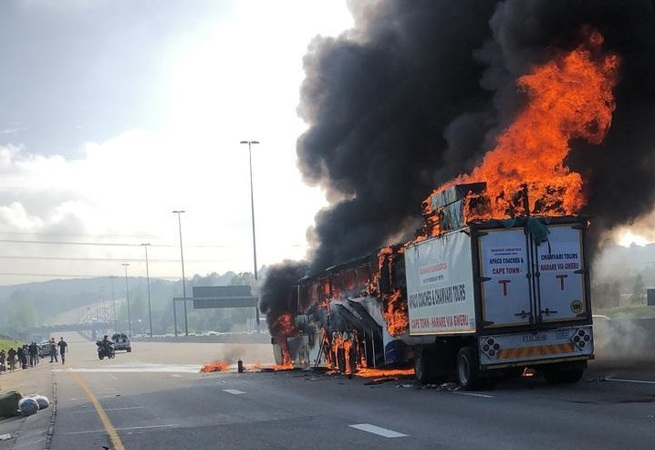 FIVE children were burnt to death on Sunday evening, 31 July after a truck and a light motor vehicle collided on the R721 in Vredefort, Free State.

Netcare 911 spokesman Shawn Herbst said the paramedics responded to the collision at about 7.24pm.

He said when the paramedics arrived on the scene, they found a massive fire on the accident scene.

“It was alleged that the driver of the car with five children as occupants had pulled off to the side of the road. On closer inspection, they found that a truck had driven into the back of a light motor vehicle, resulting in the car bursting into flames,” Herbst said.

He said five children passengers were declared dead on the scene.

“Their genders were not established, as they had all been burnt beyond recognition. The male driver of the car did not sustain any injuries, and the driver of the truck was not found on the scene,” said Herbst.

He said circumstances leading up to the incident were being investigated by the relevant authorities.