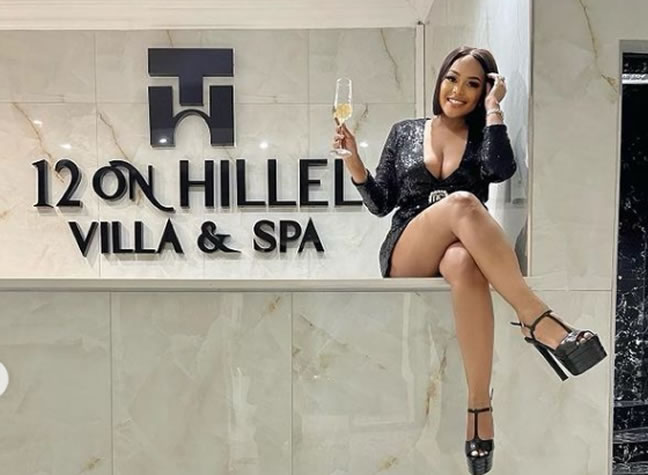 On Valentine’s Day this year, the Metro FM personality Lerato Kganyago unveiled her hubby Thami Ndlela's Valentine's gift on her social media — an investment in a hotel and restaurant named after her.

Recently it was reported that sources claimed Kganyago is the “face of 12 on Hillel Villa and Spa, not its owner”.

However Lerato Kganyago has had the last laugh after she was questioned over the ownership of a luxury hotel she received as a Valentine’s Day gift earlier this year.


The media personality took to her timeline to share a statement disputing the claims.

“12 On Hillel would like to publicly rectify misinformation in the press and social media pertaining to Ms Lerato Kganyago's ownership in our properties.

“We can confirm Ms Kganyago is owner of AMOUR Restaurant as well as part owner of 12 On Hillel property. We dispel all information resorted otherwise as false and malicious, and we have already taken legal action against City Press,” read the statement.

“FYI (For your information). Have a blessed day,” she captioned the post.

We can confirm Ms Kganyago is owner of Amour Restaurant as well as part owner of 12 On Hillel property. We dispel all information otherwise as false and malicious’