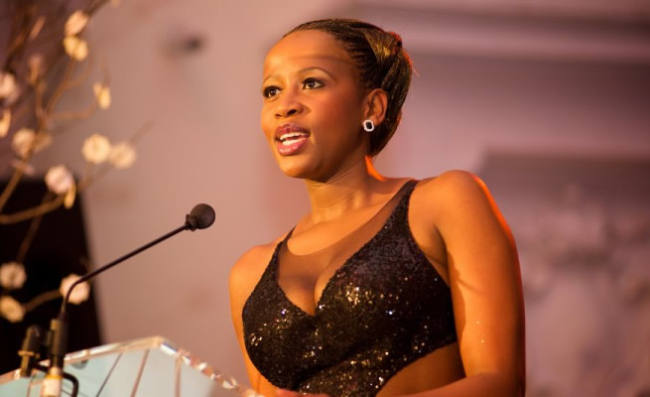 There is nothing better than living your truth and owning your story. We’re seeing more and more celebrities who are opening up about difficult experiences in their lives in order to show others that they’re not alone.

Refiloe Seseane, who starred as Dudu on Generations a few years ago, recently shared her experience with abortion, after her unprotected sex encounters went horribly wrong.

In an interview with Azania Mosaka on Real Talk, Refiloe, who now owns an NGO, said on the show: “… I think being able to be honest about it and upfront, perhaps will be encouraging for other people to perhaps reconsider the decision, I don’t know. But the fact that I have gone through the journey, I’ve got the healing and can speak about it retrospectively, I think is something that could be of inspiration to someone else.”

People have different opinions about the topic and, sometimes others even discourage women from going ahead with the decision. Refiloe revealed that a nursing sister asked her if she’s sure about her decision to terminate her pregnancy.

“But my mind was made up, in so far as I knew that having a child at that stage would have just been too burdensome for me and for my family. I might have prevented other future things from taking place because now the priority would have been in taking care of the child, feeding, educating – you know, providing for the child as opposed to my own dreams and ambitions. So, from that perspective there’s no regret,” she said.

She added that in terms of some of the other things she didn’t know at the time, she might make a different decision.

Refiloe also said whenever she sees babies or young people who would have been the same age as her child, she’s always had question marks.

“What would she be like at this age. You wonder, you never really stop, actually. And even to this day, she would have been 19 years old. So, you’re thinking ‘ah, university. The questions are always there but I think working through all of those emotions and just maintaining a sense of honesty is what helps you cope and get through it…”

Refiloe is not the only famous person to speak openly about abortion. American musicians Toni Braxton and Nicki Minaj are some of the women who’ve also shared their stories. In an interview with Rolling Stone, the Anaconda hitmaker revealed that she had an abortion as a teenager.

“I thought I was going to die… It was the hardest thing I have ever gone through… It haunted me all my life,” said Nicki Minaj.