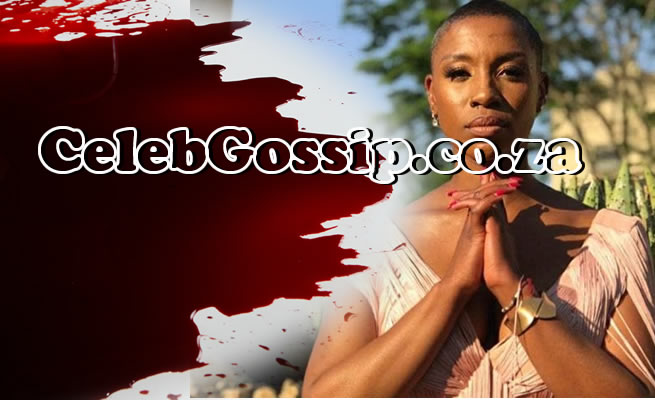 Foul play is suspected in the untimely death of television actress Busisiwe Lurayi after she was found with leg injuries and lying in a pool of blood.

Lurayi, who played Phumzile in the SABC sitcom City Ses’la, was found dead by her father, Freddy Mokoena, at her flat in Edenvale, Gauteng, on Sunday July 10.

Though the cause of her death remains unknown, her close associates suspect foul play after bruises were found on her legs. There was also blood streaming from her gaping mouth, and she was lying face up on her bedroom floor.


“If she died of natural causes, then why did she have bruises on her legs and why was blood coming out of her mouth when her father found her lying down in her bedroom? Something is amiss here. We can’t wait to see what the autopsy report says,” said the thespian’s associate, who did not want to be named for fear of victimisation.

The actor’s other associate also confirmed that the circumstances surrounding her death were mind-boggling and worrisome.

“She did not have enemies; she was always a jolly person who was loved by the entire universe. If someone harmed her, that will be so shocking because she would never provoke or hurt anyone. The police should do a thorough job here, we need answers. They know what we are talking about,” said a second anonymous associate.

A police statement, which we have seen, confirmed that visible bruises were found on her legs and blood was oozing out of the mouth when Mokoena discovered her body.

The statement reads: “Sgt Dlamini of Edenvale SAPS alleged on 22-07-10 [while he]was on duty as a police officer patrolling around Edenvale area [he had] received a complaint of 2 Baker Road Edenglen, Edenevale, and on arrival he found family members with the body of the deceased, Busisiwe Lurayi and Mr Freddy Mokoena, the father, led him to the body in one of the bedrooms facing upwards with mouth slightly open wearing clothes with visible bruises on legs and bleeding from the mouth.

“ER24 EMS practitioner Riette du Plessis declared her dead. She was alone in the house.”

Lurayi, who also played Winnie Molepe in the SABC 1 drama Sokhulu and Partners and Swazi Lukhele in Generations, was buried in Kempton Park on Wednesday.

Paying homage, Mokoena said he never felt the pressure of raising a girl child. “She was well taught and brought up. Her mother played a big role in raising her, as much as I could take credit but the fact that her mother was able to let go of a young child, when my mom and my dad went to say that this young man wanted to take her daughter with, there was no squabbles. They actually allowed it and I thank them for giving me that opportunity to live with Busisiwe,” he said.

“We’d be sitting in the morning, and we’d be playing Ray Charles and she would sing ‘It’s crying time again’.

I don’t know why she would sing that song but when I saw her lying there, I realised it’s that time, time to cry again,” he said.

Gauteng provincial police spokesperson, Captain Mavela Masondo said police were still waiting for a toxicology report, which will reveal the cause of Lurayi’s death.