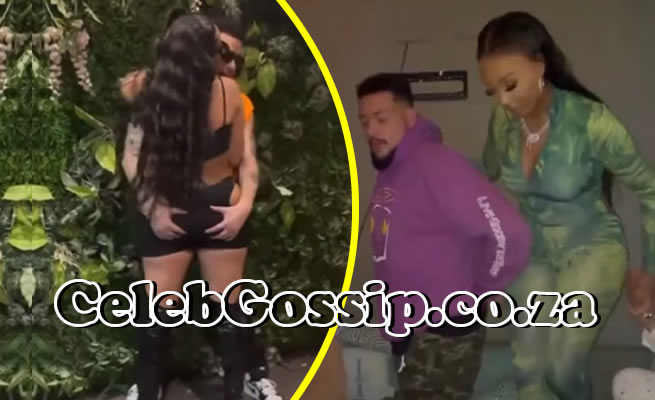 South African rapper Nadia Nakai is head over heels in love with her boyfriend AKA and she cannot stop gushing about him.

The pair has been making headlines recently as the hottest new celebrity couple. Honestly, they would both make some beautiful babies with their radiant smiles, their eye-catching looks, and their easy-on-the-eye personalities.

They constantly serve couple goals on social media and Nadia has revealed that he would like to start a family with the Fela Versace hitmaker. Speaking to SowetanLIVE, Nadia said she had always known AKA.


“I’ve known Kiernan for years. He was respectful every time I’d meet him. We never had personal issues and obviously out of the respect for my label boss, I would refrain from socializing too much with him,” she told SowetanLIVE.

According to her, AKA's great parenting skills have always impressed her, so she would love to get impregnated by AKA and carry his babies one day.

“There wasn’t a specific time that we told ourselves we were an official couple because we were just really good friends. We’d speak for long hours over the phone and share so much in common.

“We didn’t plan to become a couple, it just happened… I’ve witnessed how great he is as a father; of course, I’d love to have his babies one day.”

Due to Twitter's toxic nature, Nadia said they opted to not announce their relationship.

“For my mental health, I’ve decided to be less activate on social media, particularly Twitter… there’s a lot of hate and negativity there. But the person who has given me solace is Kiernan who’s been holding me through this whole experience," she said.

AKA's baby mama DJ Zinhle, got dragged on social media after a video of herself giving Nadia a hug went viral. Tweeps accused her of showing fake love to Nadia.

This video is not fun, people prefer hate & bitterness between women for their own entertainment… it’s not gonna be us.. our family is good.. sorry to disappoint. https://t.co/wRxeezM8tS

Nadia lashed out at people who created drama between them. "I don’t know why people expect us to hate each other. She’s Kairo’s mother and I respect that and our friendship. People just love to see women hating on one another for no apparent reason,” she said.

Nadia called out trolls and blogs that use Twitter stories for clickbait “It’s very toxic! It’s always been bad but like it’s gotten worse! All you see on Twitter is people hating on each other, talking sh*t about each other! Bringing people down, and these blogs actually take things from Twitter and write stories about it,” she said.

“Twitter is a credible source now? Clickbait is a hella drug. I can’t do it. Nothing is celebrated there. There’s zero common sense there. I enjoy being happy. That place is just sh*t.” she lashed out.