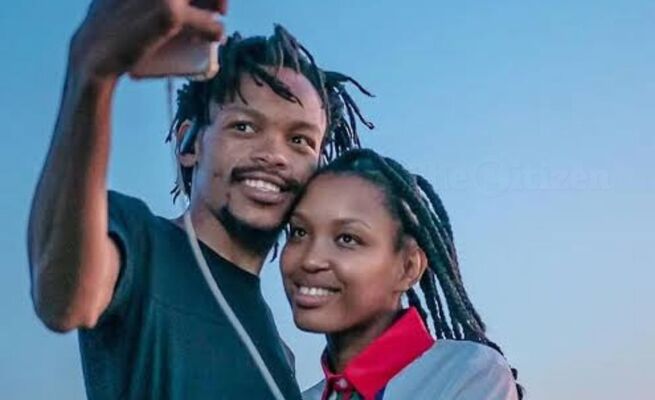 Musician Berita has rarely been one to appear in the tabloids but now that her marriage to controversial commentator, Nhlamulo “Nota” Baloyi, seems to be coming to an end, she has no say in the matter.

The musician has had to defend herself on social media against utterances made by her husband about her and her life.

Most recently, she responded to his ongoing claims that she is not in charge of her social media accounts and that her publicist is the one sharing messages making it seem like their marriage is on the rocks.


“Watching two grown man lying! I can’t stand this…” tweeted Berita in response to a video clip from yet another podcast interview that her husband was recently part of.

He claimed that as a verified Twitter user, she has a different type of Twitter which her friend and former publicist, Eric Gyimah, is currently in control of.

Nota first made these claims some weeks ago after Berita revealed, via Twitter, that they were separated. She made the revelation in response to some disturbing and violent comments Nota had made about influencer, Mihlali Ndamase.

“Morning tweeps. I was off Twitter for a couple of days. I only became aware of the statements made by Nhlamulo “Nota” last night. I would like to first of all clear the air by being transparent to you all. I have been quiet because there are families involved in this situation.

“I am no longer married to Nhlamulo “Nota” Baloyi. I left our marital home on Thursday the 13 of January 2022. As it stands we are currently separated.

I have been quiet because my [safety] has been a huge concern. This man is extremely irresponsible, reckless and unruly. He simply does not listen to anyone. I do not condone his actions. I cannot even begin to count the numerous times he has erred in his speech,” wrote Berita.

Berita apologized to Mihlali, writing; “@mihlalii_n mntase uxolo. I apologise to you. I do not condone the things said by Nota to you. No woman should ever have to be objectified and ripped apart publicly or privately!”

“The bullying and disgrace I have faced publicly and privately is painful. This man’s irrational behaviour is beyond me. I am a very reasonable person. I will be the first to admit. I missed very big red flags,” concluded Berita before sharing her belief that Nota needs help.

Gyimah denied Nota’s claims in a Twitter Space live audio stream with gossip blogger Musa Khawula, and Gyimah’s denials were backed by a woman claiming to be Berita’s sister.

Both Gyimah and Gugu (the woman claiming to be Berita’s sister) said that the singer had fled her marital home in fear of her safety and had confirmed that she was safe at a new location where she was awaiting family intervention for the state of her marriage.

Berita has been met with an outpouring of support since her revelation with many social media users often reminding her that they believe what she has to say about what led to the end of marriage.

One Twitter user even suggested that she does a podcast appearance of her own to tell her side of the story.

“When the time is right,” she responded.