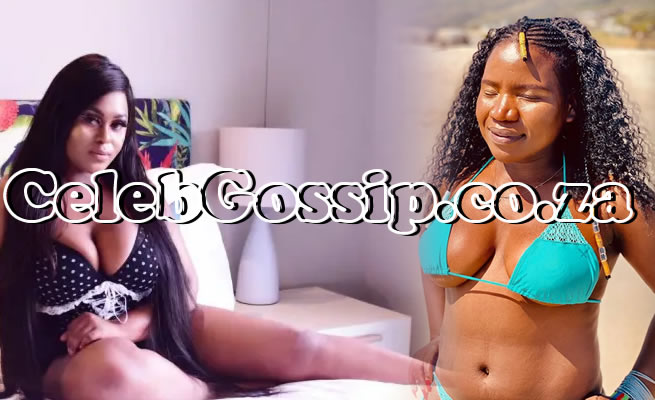 Makhadzi is meant to be enjoying her international tour, but instead, she is busy on the social media streets dealing with trolls.

The "Ghanama" hitmaker found herself embroiled in a nasty fight with reality TV star and socialite, Inno Morolong.


Morolong is no stranger to drama. She has previously crossed paths with rapper Gigi Lamayne.

The drama between Makhadzi and Morolong started off in their private Instagram Direct Messages (DMs) and later spilled over onto Instagram Lives and the Twitter streets for all to witness.

Makhadzi was accused by Morolong of owing people money and allegedly failing to appear at a paid booking.

Makhadzi denied this, and the two women had a back and forth exchanges where insults were thrown left, right and centre.

The moment between the two ladies trended across social media, with everyone who had something to say weighing in.

Morolong was the one who leaked the private DMs, where she is seen defending her independent career as a club host, whereas Makhadzi works as a performer.

“People r making money out of u, u r not even aware. Cassper nyovest and other smart artists have their own record label. U go and sweat and jump on stage for other people,” said Morolong.

An exchange between Makhadzi and Inno Morolong via IG DM. pic.twitter.com/faZCoil8dO

“Out of everything I just noticed that you are so jealous and I don’t know for what Nna le wena are tswane wena o legosha nna keseopedi [Me and you are not the same, you are wh*re, I am a musician]. Please go fight with other slayqueens,” said Makhadzi.

Fans are quickly choosing sides in this latest social media battle, with Makhadzi and Morolong topping the trends list on Twitter in first and second place.

When it comes to Inno we don’t even have wanna know the side of the story she is always the wrong on pic.twitter.com/K2LHUcWLm6

Why would even Makhadzi address that girl. Makhadzi is TALENTED, which I can't say the same about Inno, that girl is fame hungry.

She want Makhadzi's fans to know about her.

She must mute that girl really! Not worth it. I'm surprised she even know who Inno is.

Inno can't drag Makhadzi's music not when the whole stadium didn't know them at the dundee experience what what. She kept shouting yebo until Nelisiwe Sibiya came to their rescue. Makhadzi opens her mouth and everyone sings along. Please respect Makhadzi