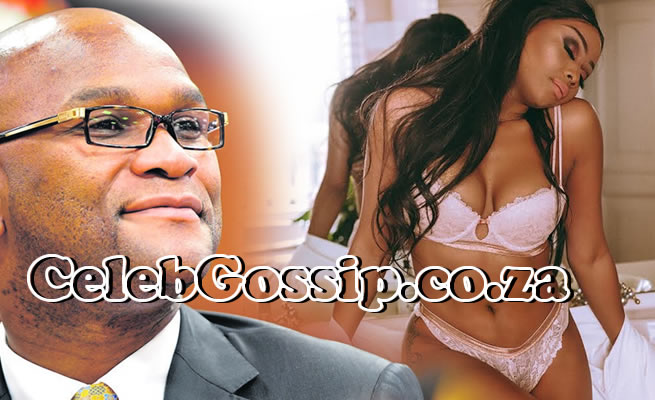 Choosing “violence” on a Wednesday morning, media personality Bonang Matheba has slammed the minister of sport, arts and culture Nathi Mthethwa's congratulatory message to Banyana Banyana, saying he should rather give them money.

As per norm, the minister took to Twitter to congratulate the national women's soccer team after their Women's Africa Cup of Nations (Wafcon) semifinal win over Zambia on Monday evening.

“It is with a deep sense of pride that I congratulate the @Banyana_Banyana warriors on clinching a spot in the finals of the Women’s African Cup of Nations after defeating Zambia in the semi-finals. Your victory is a historic moment for women’s football in SA,” tweeted Mthethwa.


In his attached postcard style snap, he added to his message to the women, saying their win demonstrated SA's great potential to become “globally competitive”.

Bonang, who according to reports from a South African Celebrity Blogger, Musa Khawula, is currently busy dating two boyfriends, was one of the tweeps who responded to the minister to tell him to rather give the women money instead of his “useless” tweet. She implied that if the minister had a budget for a R30m orchestra, rewarding the women's soccer team should be a piece of cake, before adding that he should resign.

Many tweeps seem to agree with Bonang's sentiments and others resorted to calling Mthethwa the “minister of congratulations and condolences”.

Here's a snapshot of the tweets:

Wa tena wena. You talk but zero action. Congratulate with money so the poor girls can stop doing 9-5s.

You need to think, and not just useless things that don’t benefit the country. pic.twitter.com/2xSZ8CYU9T

Minister of Condolences and congratulations

Please can the women's national soccer team be paid the same as the men's side? How long must we beg you to do the right thing? Are you not embarrassed by your track record in this department? It's not looking good for you Sir. Fix this. Do the right thing.

Yaz Nathi you guys have disappointed us too much ,we no longer see anything nice from you guys ,actually just get off our phase that's all pic.twitter.com/VKw409UabN

Bonang has never hidden the fact that she hates Minister Mthethwa with a passion.

You’re useless and we all hate you @NathiMthethwaSA ❤️

In May this year, the media darling, Bonang Matheba, joined the chorus of outrage over the department of sports, arts and culture’s plan to build a R22m 100m-high “monumental” flag.

This was after the department had said government had budgeted R17m for the installation of the flag and another R5m for geotechnical studies. It said the flag would serve as a national landmark and tourist attraction.

Minister Nathi Mthethwa justified the project and its cost, saying it could be seen from afar and would be lit at night.

“The education has to continue, both day and night,” he said.

He said the project will help the construction and steel industry.

“The value will outlive us,” he said.

Bonang was not impressed and called on Mthethwa to be given the axe.

“Fire this man. Please.” Bonang said of the minister.

“You have no clue what you're doing. Go away.”

You have no clue what you’re doing. Go away! @NathiMthethwaSA