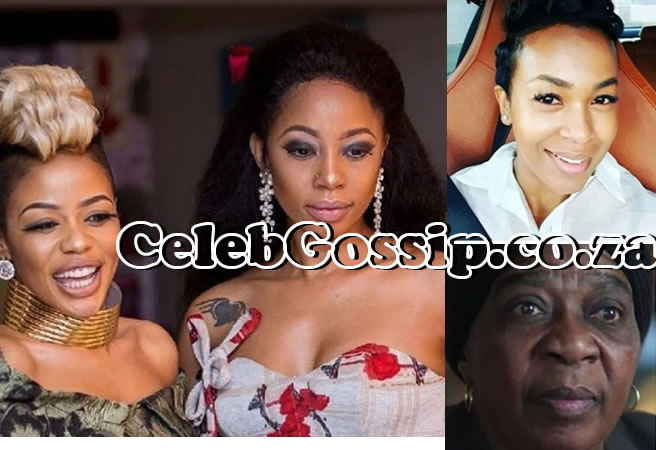 In an exclusive interview with eNCA, Zandie broke her silence after her sister, Kelly Khumalo, did a tell-all on the channel earlier this month.


Twitter was abuzz after the singer fingered the late goalkeeper's wife Mandisa Mkhize and Senzo's mom as people who should also be prime suspects for the murder.

Taking to her Instagram timeline Zandie shared a clip of the interview and said her family was tired.

“My family has been abused for years abatholi lutho yet nobody bothers to investigate the wife (Mandisa). Hell hath no fury like a woman scorned and ngeke sithule till benze the right thing sikhathele futhi ngeke sidlale bona. Khonkothani ke,” she wrote.\

Zandie has given her version of events on the night of Senzo’s death.

Zandie recalled trying to help Senzo stay alive, saying she could feel him withering away while rushing him to the hospital.

“I was the one sitting with Senzo at the back [of the car] putting pressure on the wound leading to the hospital. Even on our way to the hospital I could feel him getting cold from his feet … I was busy talking to him all the way, trying to keep him alive but unfortunately …” she said.

“Whether we like it or not, Mandisa also had a motive to get Senzo killed. A hurt wife whose husband went public with his relationship with his side, even worse, a baby was born. The heartbreak & humiliation? Ahhh makaphenywe naye,” said one tweep.

“I don’t think Senzo’s mother and Mandisa can influence the amount of stoppages that are happening in this case. Missing dockets, Teffo resigns, tampered scene. Investigate them by all means but the people behind this are hiding in plain sight,” said another with an opposing view.

"The Senzo case makes me so annoyed and glad at the same time because the SA police and detectives must show themselves of their incompetence and corruption in front of the world!There’s no ways that there’s multiple witnesses and no arrests. A cleaned crime scene. No consequences"

@ThembiMak
Whether we like it or not, Mandisa also had a motive to get Senzo killed. A hurt wife whose husband went public with his relationship with his side, even worse, a baby was born. The heartbreak & humiliation??? Ahhh makaphenywe naye … #zandiekhumalo

I agree with Zandile. Mandisa and the Meyiwas shouldn't be left out. If they were capable of going to the sangoma to get rid of Kelly, what's stopping them from doing this. Also the guys stole Kelly's phone to frame her but God said "Not under my watch" #zandiekhumalo

Zandie Khumalo says, why Police are looking at one direction??
They must also ask Senzo's mother 😭😭😭

OK ke kanti kanti what is going on with this case???#zandiekhumalo pic.twitter.com/zafjK8FQPr