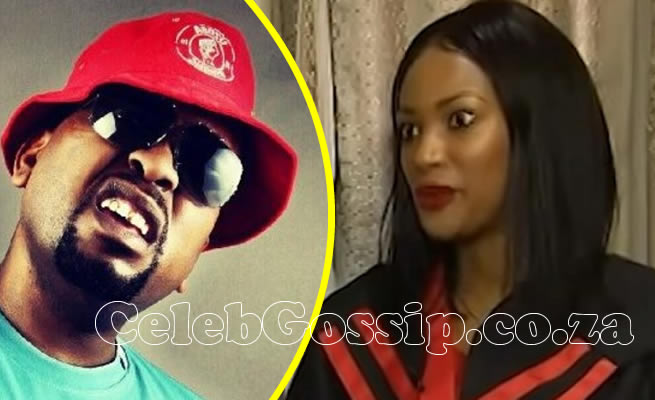 In 2016, Sindisiwe was sentenced to 12 years in jail for the killing of her boyfriend and Skwatta Kamp member. During her trial, Judge Solly Sithole cited that Sindisiwe tried to perform CPR after stabbing Flabba, she never fled the scene hence the reasons for a lighter sentence.

Less than two months ago, the Department of Correctional Services confirmed in a statement that Sindisiwe has been released on parole effective from Monday, 24 May.

"This decision was taken by the Correctional Supervision and Parole Board (CSPB) after having assessed Manqele’s profile as submitted by the Case Management Committee and other material presented for the purposes of parole consideration."


The Department of Correctional Services went on to say that she was still expected to comply with a specific set of conditions and would be subjected to supervision until her sentence expired on 23 May 2028.

"Manqele takes responsibility for the offence she committed and is remorseful about it. She completed all the identified programs as per her Correctional Sentence Plan and participated in the Victim-Offender Dialogue in 2018."

The younger brother of Flabba, Tshepang Habedi said, the family harbored no hard feelings towards Sindisiwe and welcomed the news of her releaseand that the family had been informed in advance.

The Habedi family also revealed that Flabba’s mother and daughter were in contact with Sindisiwe while she was in prison.

“Sindisiwe asked my mom to [come and] see her, which she did. She also wrote me a letter to visit her, but I could not. My mom and Lesego once went and Lesego kept in contact with her. They have a relationship, and they communicate. I have nothing against her as well,” Tshepang said.

Ex-convict turned author, motivational speaker and businessman Themba “Skeem GP” Lukhele (43) also recently committed to mentoring and assisting convicted murderer Sindisiwe Manqele, who was found guilty of stabbing her rapper boyfriend Nkululeko “Flabba” Habedi to death in the chest after a quarrel at his Alexandra home in March 2015. Themba was arrested for robbery, kidnapping, impersonation of a police officer, and malicious property damage.

In 2013 he was sentenced to seven years in jail at the Boksburg Correctional Centre. He spent three-and-a-half years in jail and served the rest out on parole. Now his job entails telling others not to go down the same path because it doesn’t pay, and he is opening doors for reformed criminals to change their lives and those they have wronged.

Themba says his relationship with Sindiwe is still a work in progress. “My work involves giving people second chances,” .

“My mission is all about lifting one another, getting people a sense of comfort to say that we all make mistakes, don’t blame yourself, and let us see what we can do for the victim and the perpetrator. But most importantly making peace and bringing healing to families who have been wronged,” he says.

“I deal with personal development,” he adds.

Themba had been following the Flabba case but met with Sindisiwe two weeks ago intending to get to know her before committing to anything.

“This is a sensitive issue. It involves families, and children, and needs to be dealt with sensitivity. I needed to understand her thinking,” he says.

“We are still at the early foundation phases of dealing with healing and building trust.

"The is a perception that many ex-convicts have, that they deserve a hero’s welcome when they come out of prison just because they served time or the given punishment. That is not my narrative. No one owes you anything and you need to earn your place back in society,” he says.

Although he cannot divulge much information yet, Themba says Sindisiwe is ready to learn from her mistakes.

"I have been there. I know how it feels. She wants to give back. The family of the deceased is the number one priority.

"There is a sense of understanding between her and them which started from her incarceration. People need to find peace first. Yes, family, friends and the community will come with reservations because taking a life is a serious thing.

"I even had to ask God for guidance before getting involved in anything.”