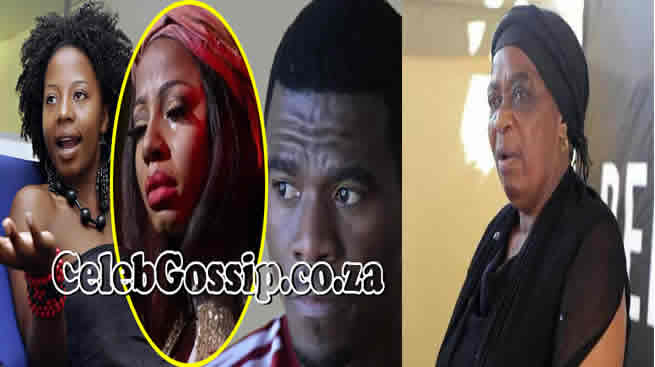 Kelly sat down with her best friend Wanda Baloyi and she opened up about having “the sh*ttiest in-laws ever." The TV star claimed her mother-in-law used muti to get rid of her, and she said she was untouchable.

"I am a child's of the Gods if you remove me it comes back to you," she said. Kelly added, “Spiritually, you can’t touch me. It is that clear. If you are pointing a weapon on me, it will come back to you. Whether you like it or not,” she said.


Wanda went on to say that due to Kelly and the Meyiwa's feud her daughter Tingo, will not have a relationship with her paternal family. Kelly dropped a bombshell by revealing that they apparently never liked her daughter.

"I don't think she will and I don't wish that for her. They never liked her and I am going to tell her and she must know," Kelly said. Wanda was gobsmacked by the shocking revelation and Kelly added "I never told you this? They denied her as Senzo's child.

"They didn't want her and they questioned her paternity," she claimed. Kelly claimed that the Meyiwa family never liked him. She said Senzo their "cash cow."

“That family did not love Senzo. They never loved him, he was their cash cow. You know the first thing that, that woman [his mother] said when Senzo passed on? She said who is going to feed us?" said Kelly. She then added, "Your son is dead, the only thing you are thinking about is food?” she exclaimed.

"You know the worst thing, they [Meyiwa's] don’t know that they have had my money before,” she added. She then said the family hates the fact that she did not die, instead, the Bafana Bafana captain did.

I think the scary part is that I don't remember Kelly Khumalo advocating for Justice for Senzo, be it she was quoted out of context, she has never really been on the side that seeks justice for the man she loved, the man who died in her house, 'in her arms' …

The next thing Kelly Khumalo will tell us no one knew who Thuso Mbedu was when she starts winning awards of her upcoming movie.

Kelly Khumalo is an example of privilege of being a woman…..if she died in the hands of Senzo….the poor guy wudve been forced out of football. she enjoys shows on showmax and exposure instead.