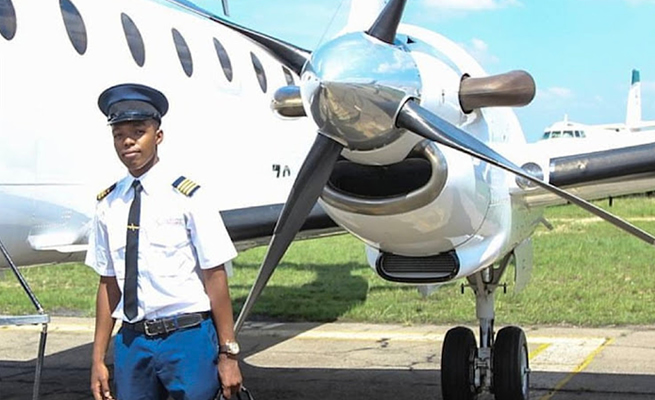 Nhlanhla "Lux" Dlamini is a South African activist and founder of the Operation Dudula movement. His real name has been reported to be Ntlantla Paballo Mohlauli.

Nhlanhla's gained popularity when he led hundreds of his followers through a protest march in Soweto on June 16, 2021. The date was significant as the 45th anniversary of the Soweto Uprising.

Nhlanhla led a series of Anti-Immigration, anti-drug and anti-crime protests into 2022. Despite criticisms of leading vigilanteism and building a dangerous culture of mob justice Nhlanhla's popularity continued to grow.

Here are some juicy details about him:

The activist is also the founder of Native Airways; a private-owned aviation company located in South Africa. He is a certified expert pilot after completing training in a flight school. The aviation firm ventures into renting out helicopters and personal jets to clients. Nhlanhla Lux Dlamini's net worth is estimated to be about $1 million.

Who is Nhlanhla Lux Dlamini?

Dlamini was born on September 2, 1986, in Soweto. Nhlanhla Lux Dlamini's parents are Mr. and Mrs. Mohlauli. He was born and raised in Soweto. He attended Pankhurst primary school and later joined Jeppe high school. He completed his high school education at St. David’s Marist.

Nhlanhla Lux Dlamini holds a degree in politics from The University of Johannesburg. He is also a qualified and certified pilot.

Nhlanhla joined politics and became the Soweto Parliament Commander. In addition, he is a renowned entrepreneur. He gained popularity after his Operation Dudula team protected the Maponya Hall from looters.

His popularity grew more after being featured on the last episode of MacG’s controversial podcast known as Podcast and Chill. During the podcast, he spoke on matters of illegal foreigners, EFFs, an open border policy, and politics.

There is no information about Nhlanhla Lux Dlamini's wife, as the activist is not yet married. However, people have been curious to know about his personal life and when he intends on settling down and starting a family.