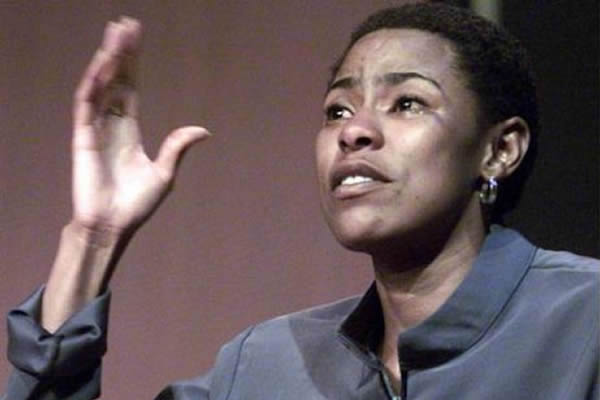 WITH 20 years in showbiz and stints on many popular TV shows, such as Muvhango, Backstage and Generations, she’s undoubtedly a screen queen but no amount of experience, talent, connections and goodwill have helped Ferry Jele avoid the fate that has befallen her.

“I’m stressed. I’m broke and we’re living from hand to mouth. I don’t even have words for it,” the veteran actress tells DRUM.

Ferry is just one of actors who wasn’t paid for a recent job. It’s the first time in her career this has happened to her – and she’s seething with anger.

“You can’t work for mahala. We left our families for six weeks and came back empty handed” she fumes.

Ferry is referring to her shoot on the embattled SABC TV show Uselwa. The historical isiZulu drama has been beset with problems since filming started in Eshowe, in KwaZulu-Natal, two months ago. Recently, some of the show’s cast and crew members marched to the SABC studios in Auckland Park, Johannesburg, to protest their treatment at the hands of the production house responsible for the show.

They claim they were kicked out of their production lodgings and left “stranded” after the show’s producers failed to arrange transport back to Joburg. They also weren’t given lunch, as is usually the case on set, and say most of the 80-strong cast and crew haven’t been paid for the services they rendered.

Ferry wasn’t at the protest but she made sure her voice was heard when she wrote a strongly worded open letter to SABC COO Chris Maroleng, arts and culture minister Nathi Mthethwa and communications minister Nomvula Mokonyane, detailing her displeasure.

She had a bad feeling about the production from the start, Ferry tells us, but she was so desperate for work she auditioned anyway. “Everything was rushed – from the very onset I could tell it was so very unprofessional.”

FERRY is frank about being desperate for work after she left her job as a dialogue and performance coach for Rhythm City in November last year to go back to acting. “I don’t have the privilege to say no to any job. I take whatever comes my way. I just wanted to go back to acting. I needed the money.”

She auditioned for the role of Queen but was cast as Magubeshe and was relieved to be working again. Problems started the moment she set foot at Shakaland Hotel where the cast and crew were staying while filming, she says. “I arrived [after] the other actors and crew members had already arrived but we didn’t have the schedule on time and we had to arrange our own dinner and do our own laundry,” she says.

She was taken aback when the cast, which includes Jo-Anne Reyneke and Xolile Tshabalala, read through their scripts a day before shooting began – usually this happens some time before filming.

Two weeks into filming, food became a problem, she says. “The day they were shooting outside Eshowe, lunch wasn’t prepared for any of us,” she says.

When she asked about it Ferry says hotel staff told her they were advised not to cater for the actors and crew. It got her thinking: “If there isn’t food for people who are not shooting, what about the people who were on set?”

Then there were the production issues. Ferry says they didn’t have a production manager or coordinator on set.

“There were two people who were brought in to the production but they were absolutely clueless! They didn’t know what a call sheet was or how to read one. They didn’t even know how to switch on a laptop,” she says angrily.

Things got so bad the show’s director, Lehlogonolo “King Shaft” Moropane called a meeting with line producer Megan Firth, commissioning editor Ntando Mhlongo and producer Mkhomazi Mashinini from NCA Productions, as well as the cast and crew but it only went downhill from there, Ferry says. “After the meeting things got worse. The schedule was a mess. We weren’t paid. People from the community and extras were also not paid. The saddest part is that when we came to that community, we found them poor and we left them poor.”

Filming came to a halt after a meeting with the top executives. According to Ferry, Ntando and Mkhomazi came to Eshowe to find out what went wrong.

“Mkhomazi kept saying Megan’s signature is required. Ntando said Mkhomazi was sweating bullets and he could see something wasn’t right [ because] Mkhomazi claimed he had forgotten his password.”

Later it emerged there was only R13,65 in the production account for the show, which had received a R4 million budget. Mkhomazi has been accused of embezzling the production funds and has been removed from the show. Mkhomazi tells us he understands he’s being accused of embezzling money but he denies doing so. “I can’t blame them [the cast and crew] because it’s what they were told. I have to take the blame because I was the producer of the show. I have to take ownership but to say I stole the money, I did no such thing.”

Ferry says cast and crew were notified by letters that a new production team would take over the show. “They also said we’d be paid on 12 June but payments didn’t happen and the new production house didn’t take over.”

“Actors demand payment from us but the SABC doesn’t pay actors. We pay production companies who pay actors.”

The embattled public broadcaster also came under fire for not giving first time producer Mkhomazi a parent production house to guide him. However, Kganyago says this was done to “grow

the industry”. “People complain we give jobs to the same people,” he says. “They say they’re not given a chance but when we do give them responsibility with confidence in them, we’re asked why they weren’t given a mentor. We were confident that they were going to do the job. Besides, it’s not like we paid them in full. They were paid the first half and the other half is still outstanding.”

But it’s little comfort for Ferry. “I have bills to pay,” she says. “I don’t know what to do. I have to ask people for money.”

To prevent similar incidents from happening, Ferry believes organisations such as the South African Guild of Actors (Saga) should fight for actor’s rights but not many actors are members of the association – including the actress herself.

“I’m no longer a member of Saga because I’m not in front of the camera half the time.”

Ferry will continue to speak up and isn’t afraid of becoming an industry outcast. “If they don’t give me jobs then it’s fine but I can’t keep quiet just because I’m scared that I won’t be cast.

“This is a cycle. Someone who comes after me is going to experience the same kind of treatment and think this is how it works. No, this is not how it works.”

Despite being treated poorly the actress says she’d return to the set of Uselwa if she’s asked to.

“That’s a beautiful story and I wouldn’t mind going back as long everything is in order.”