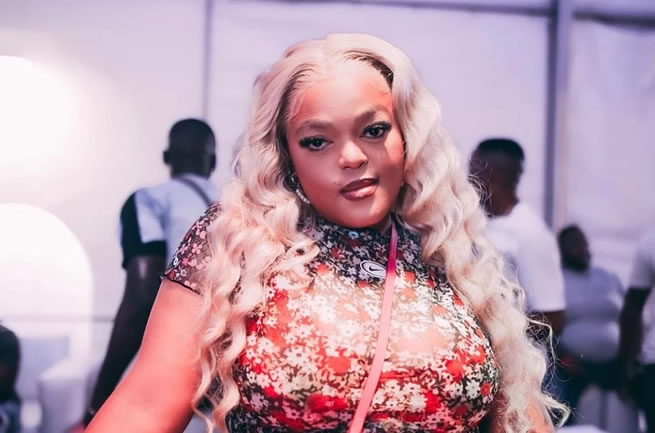 Amapiano DJ DBN Gogo, whose real name is Mandisa Radebe, will be playing at Coachella – one of the biggest music festivals in the world.

Making the announcement, the official Heineken US Twitter page revealed the line-up of their Coachella stage, which includes DBN Gogo as well as the Major League DJs who have recently signed to Atlantic Records.

The Bells hit-maker also tweeted a poster of the line up and excitedly wrote about taking Amapiano to the world.

1. She’s from a family of politicians

DBN Gogo is the daughter of former minister in the presidency, Jeff Radebe. Her mother is successful businesswoman, Bridgette Motsepe – which makes business mogul, Patrice Motsepe her uncle. The current president, Cyril Ramaphosa is also her uncle as he is married to her aunt, Tshepo Motsepe.

According to an interview she did with The Heavy Report in 2019, the musician was born in Durban and spent her childhood living in Pretoria and in France where she learnt to speak French fluently.

“When we were in Paris, all the artists coming from South Africa to perform in France would always come to my house. I grew up literally chilling, sitting, eating dinner, maybe every month with Miriam Makeba,” she told the publication.

3. She has two albums

In 2020, DBN Gogo released her first musical project titled Thokoza Café with DJ Dinho. A year later, she released her own solo album, Breakthrough. Her albums feature her hit-songs such as French Kiss and Bambelela.

4. She’s in a relationship with Focalistic

Earlier this month, DBN Gogo and her musician boyfriend, Focalistic – whose real name is Lethabo Sebetso – made their relationship public by posting of themselves enjoying an evening walk in Paris.

“From Paris, with Love,” she captioned the picture of herself and her bae on Instagram.

5. She had her breakthrough in 2020, during Lockdown

DBN Gogo started her music career in 2018 but only had her breakthrough in 2020 after featuring as a DJ on Channel O’s Lockdown Houseparty.