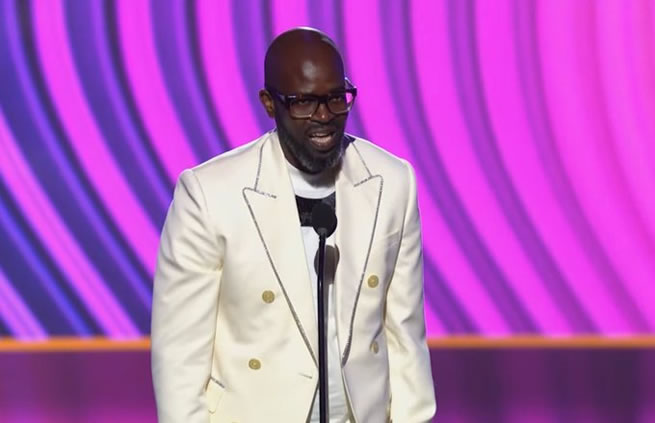 He was up against Illenium, Major Lazer, Marshmello, Sylvan Esso and Ten City for the prestigious award.

DJ Black Coffee thanked God for the gift of music to heal after winning his first Grammy award.

The star walked away with the Best Dance/Electronic Album award for his seventh studio album, Subconsciously. It is the first time a SA artist has won a Grammy in this category.

Black Coffee was accompanied on stage to collect his Grammy by his son Esona.

The pair walked to the stage together and when they arrived on stage, the DJ handed his award to his son.

“I want to thank God for the gift of music and being able to share it with the world, to heal souls and help people go through whatever they are going through in life. Thank you to my fans around the world for believing in me. I want to thank my family and my children,” Black Coffee said in his acceptance speech.

He then turned to his son, giving him a shout out and promising to be at the awards with his other children in the future.

In a post-win interview, Black Coffee motivated African children by saying, "African kids who are watching, who come from where I come from, who may think they don't have a chance to get on a global stage like this, I wanted to just say to them it's possible; the award is not just for me."

He excitedly shared his win on his socials as well.

Congratulations to Black Coffee for being awarded the Best Dance/Electronic Music award for his album ‘Subconsciously’ at last night’s #GRAMMYs. Thank you for flying the flag and inspiring a new generation of talent to take over the world. pic.twitter.com/QK80iveLbM